Bubble wrap is so much fun to pop! So, what if you couldn’t pop it?! This idea started out as simply as that. Is that evil? Maybe just a little… 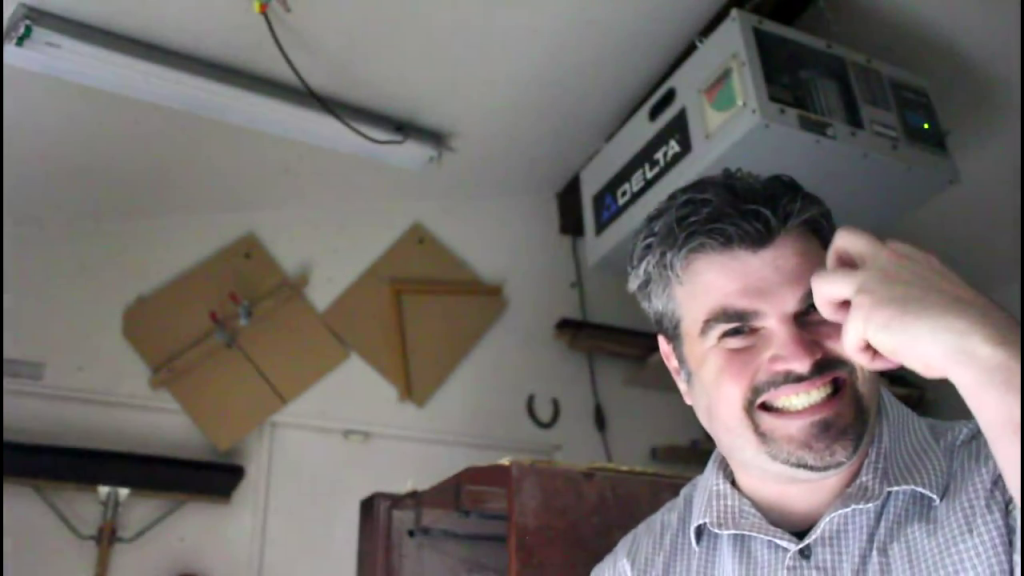 I tried this first with large bubble wrap, and I think while it looked cool, there wouldn’t be enough bubbles per coaster. So for the second try I used much smaller bubble wrap. I think it works better for such a small casting. 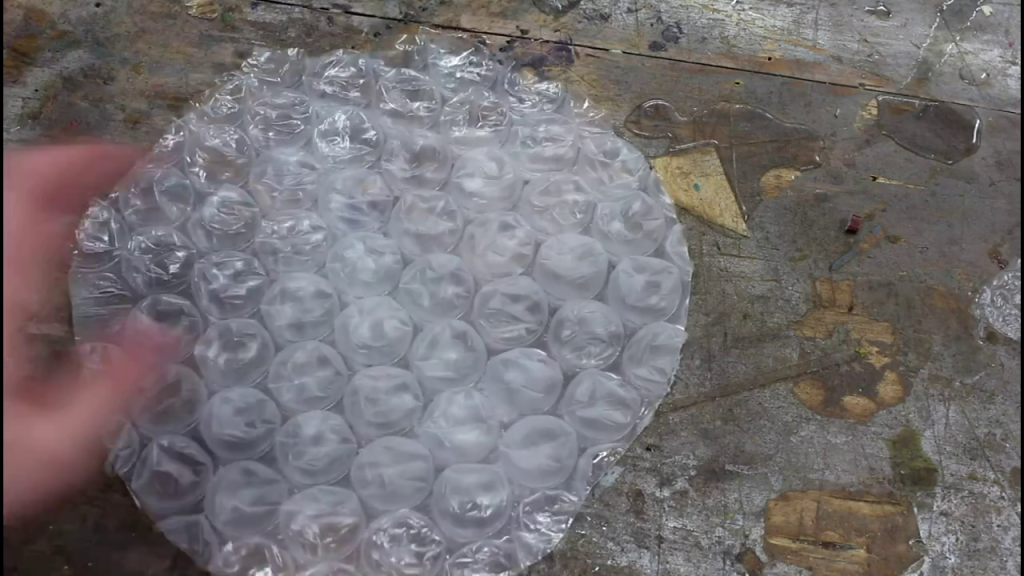 I rarely make the same thing twice, so my molds are normally just cobbled together for the project. This mold is nothing more than a laminate shelf cut down to 12″ by 12″. I then cut some 1″ strips from the same material and super-glued it around the edge. Viola, a 12″ resin mold! 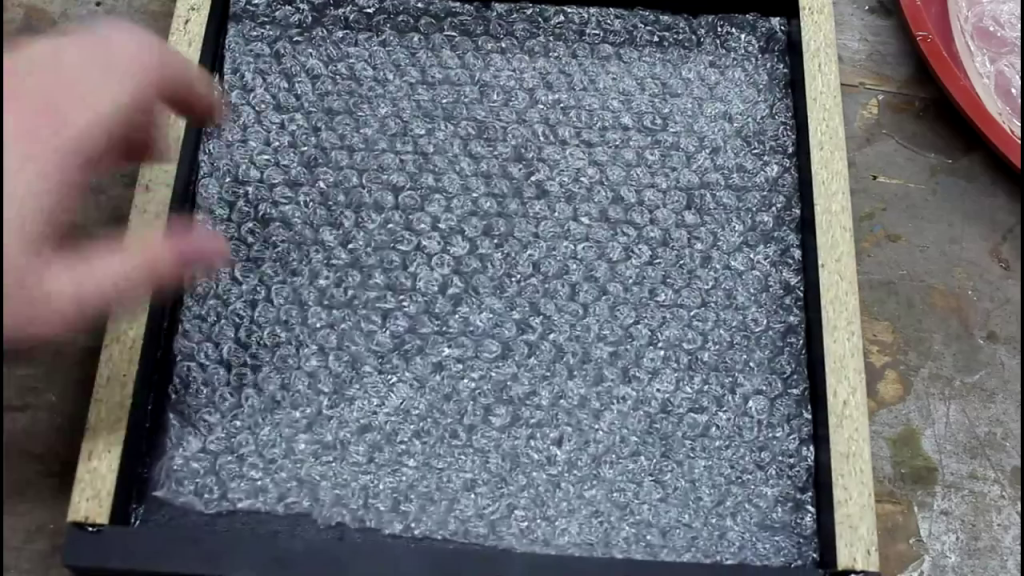 Next we mix up some resin. I’m using Easy Cast resin here. It is a simple 1:1 ratio.  1 ounce of each will give us a decent sized base. 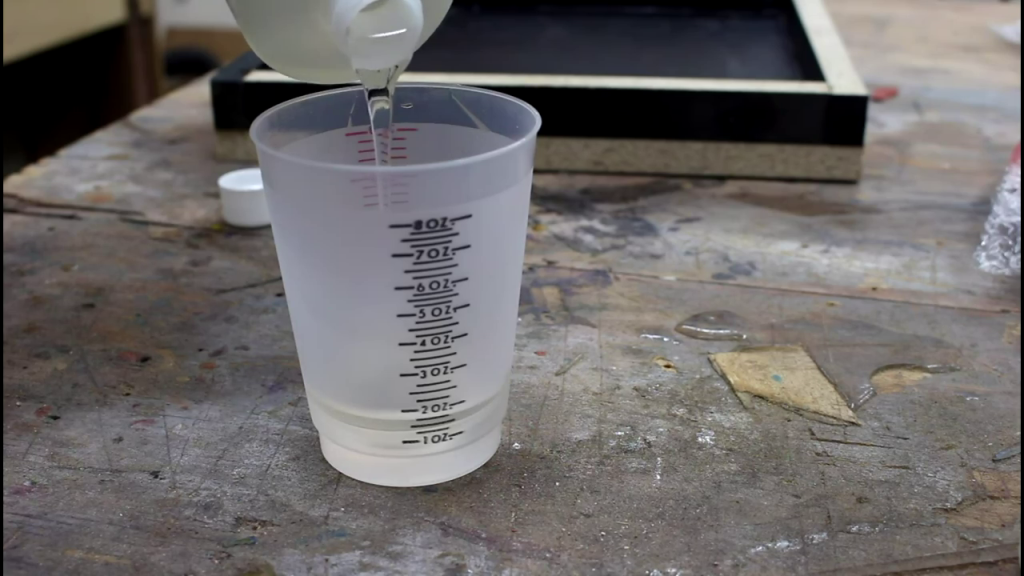 Mix thoroughly. The majority of uncured resin is a result of poor mixing. There are other factors like temp and ratio, but if there is step you cannot overdo, it’s mixing. 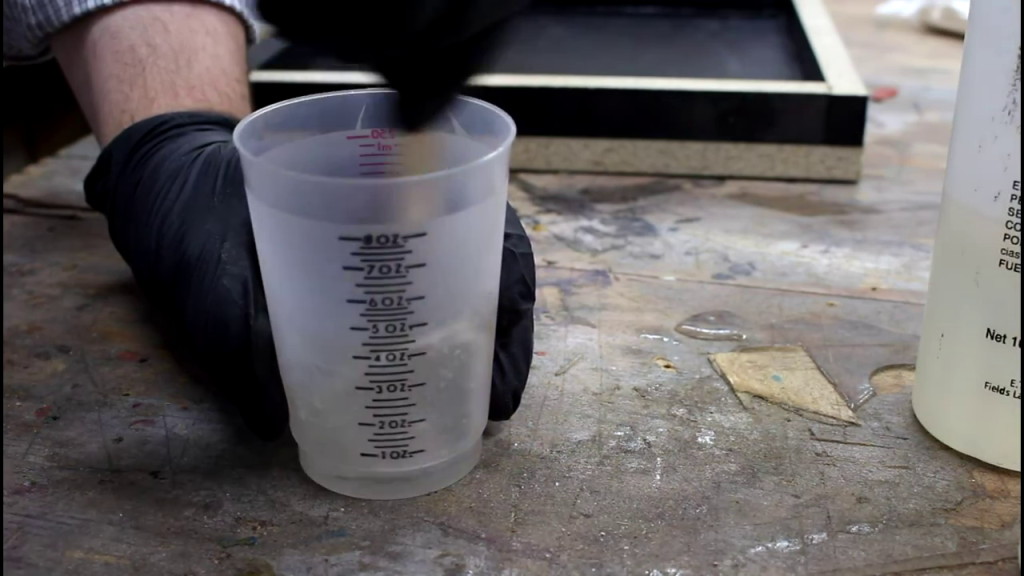 Pour your first layer of resin into the mold 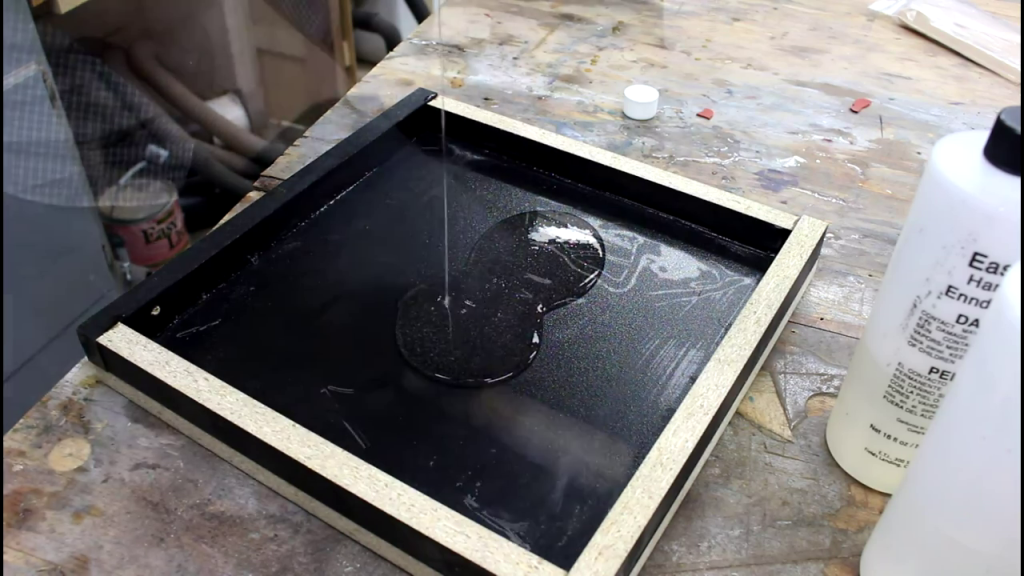 Apply some heat with a propane torch to pop the surface bubbles. 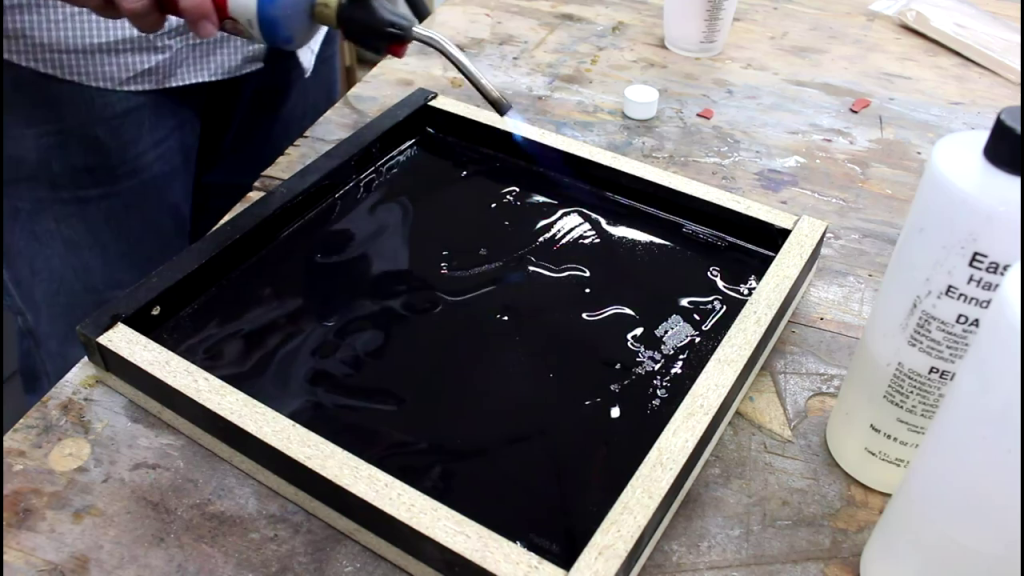 Now add your casting material and then walk away. Depending on the temp and humidity the curing process can take from a few hours to well over 24. For me, I picked this project up the next day. 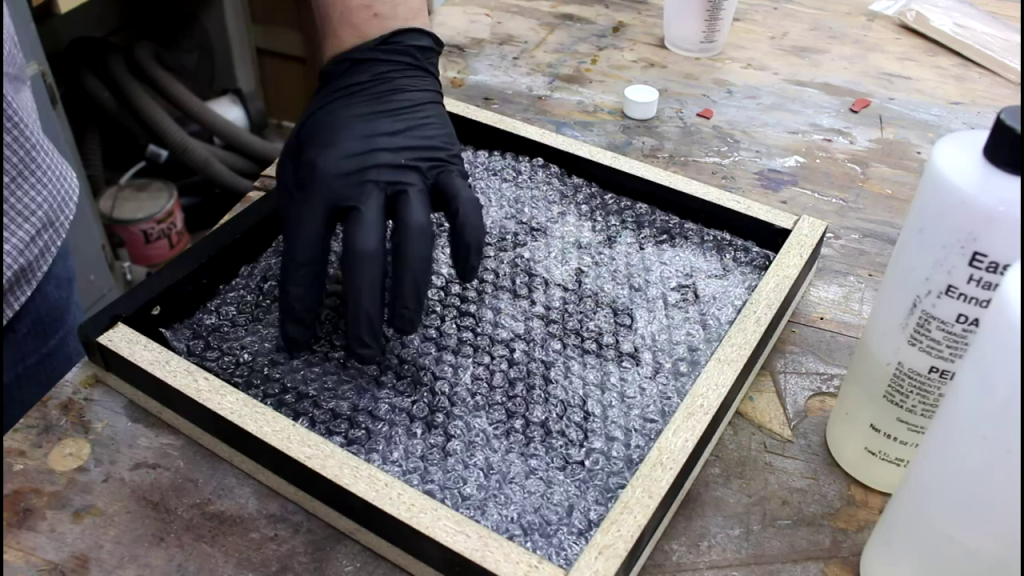 The next day I mixed up more resin, just like before, but used 6 ounces total. (3 ounces of resin and 3 ounces of hardener) 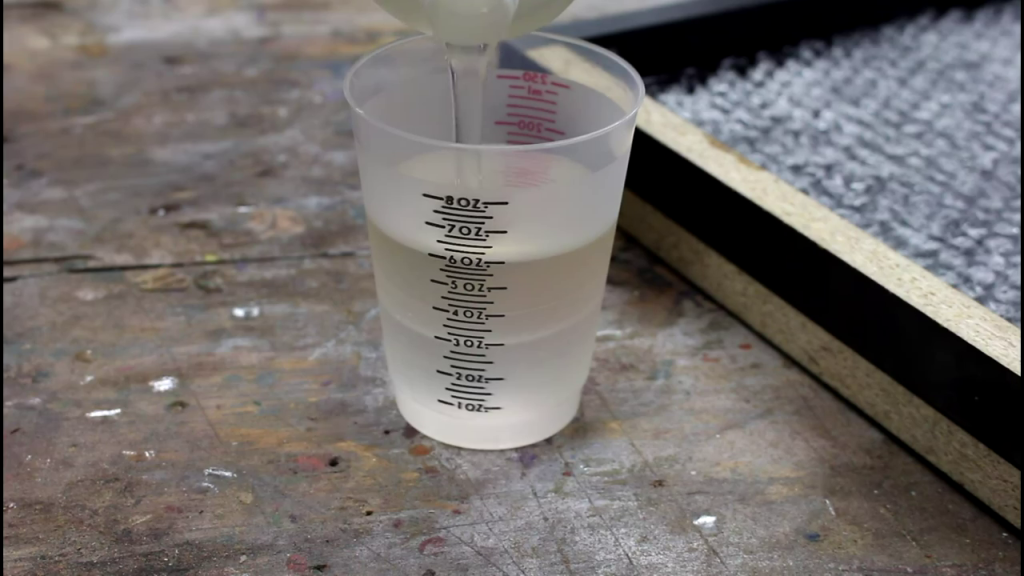 Again, pour the resin and then hit the surface with heat. 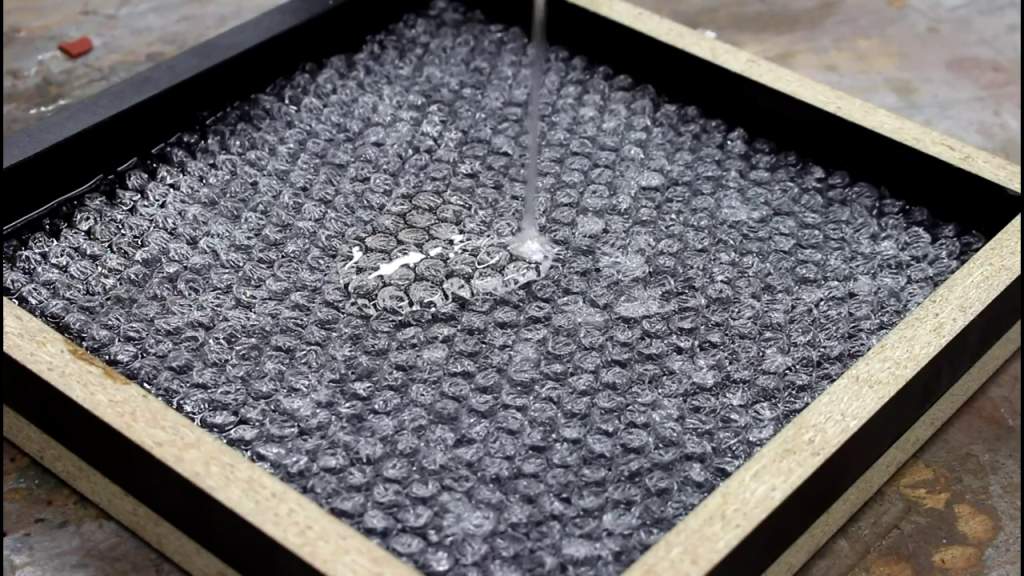 I had to be very careful here with my torch as it could actually melt the plastic and pop the bubble I WANTED to keep! I’ve used a heat gun in the past, but I don’t like it as well as it tends to create waves in the epoxy an move it around too much 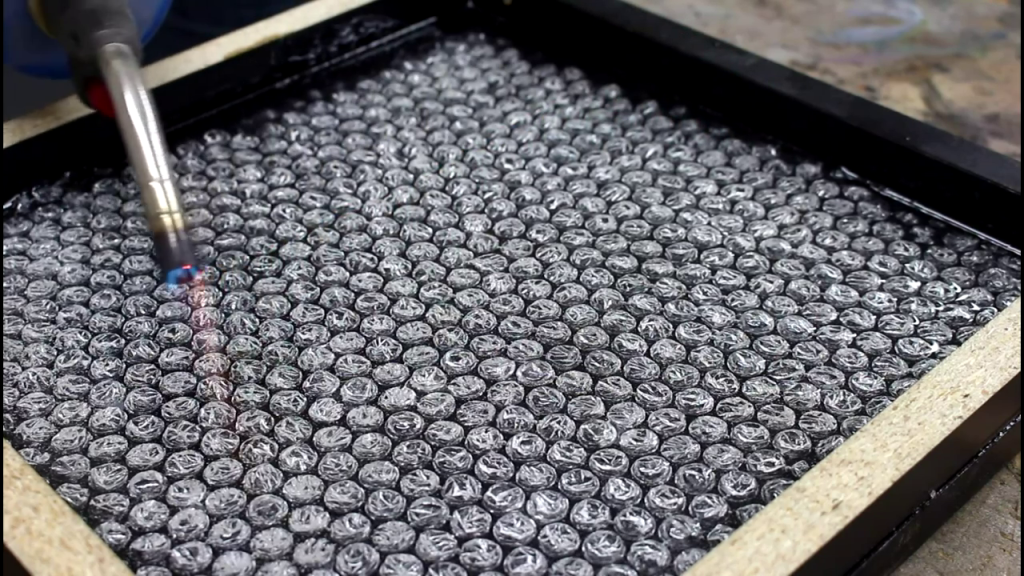 After another 24 hours it was hard as a rock and ready to be removed from the mold. The mold was broken apart with just some prying and the casting freed. I think my final thickness was around 1/4″ thick or so. 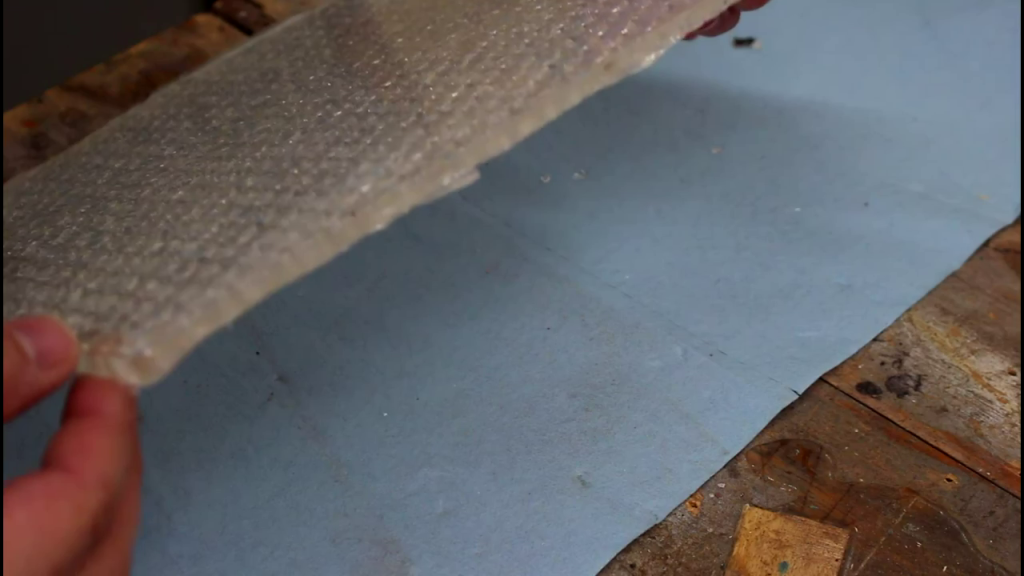 Next I taped off the sheet into quarters and used a coaster I liked for a template. (I think it was about 4″ square) 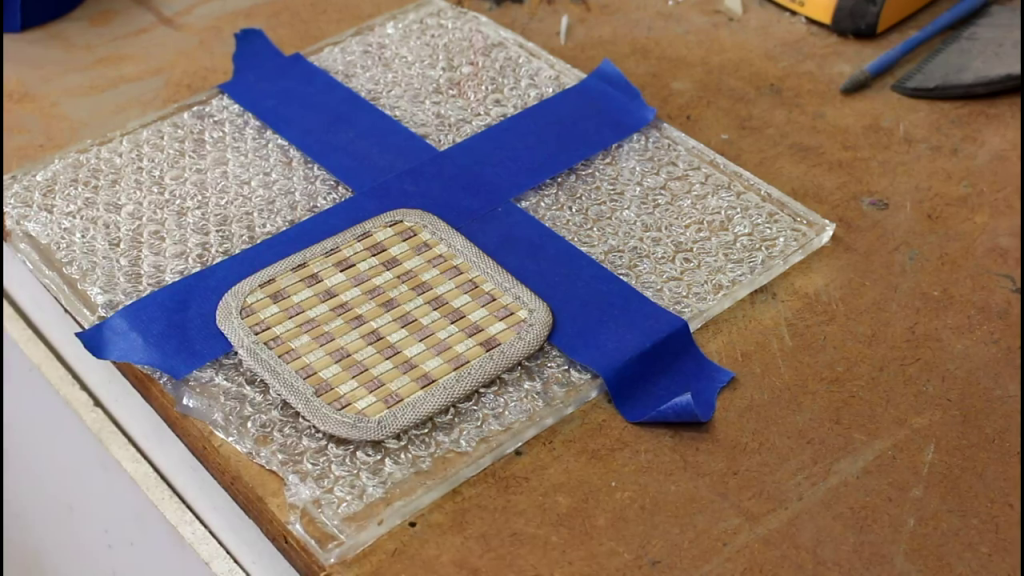 Once I had sketched a pencil line around each area it was off to the band saw. 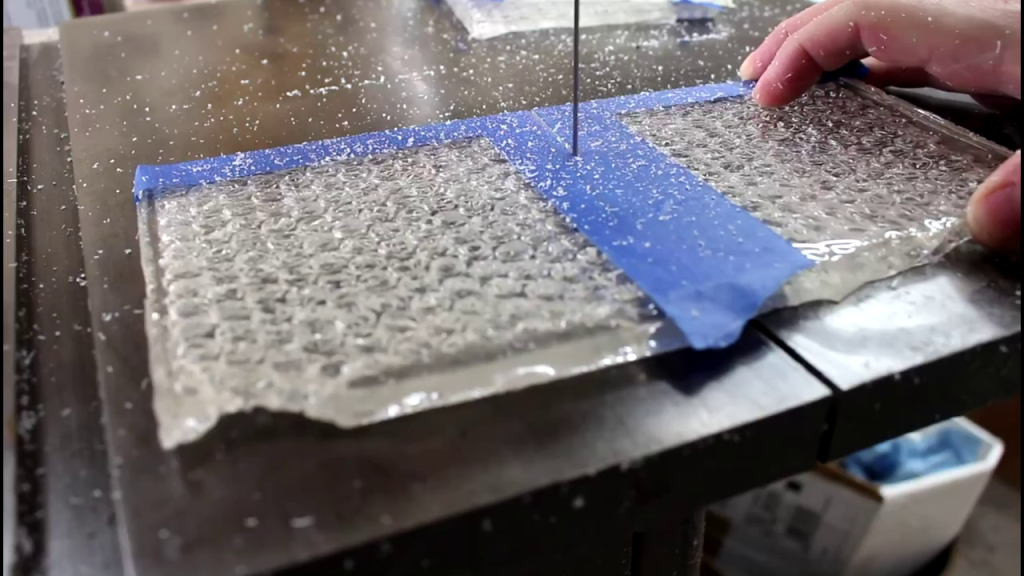 If you love your band saw, or don’t like cleaning your band saw blades, you might not want to do this… (you’ve been warned) Cut to the line, but not on it. The resin can be brittle and will tend to break apart. If you get too close you could have a fracture that crosses your line. Sanding will take longer, but it is less risky, 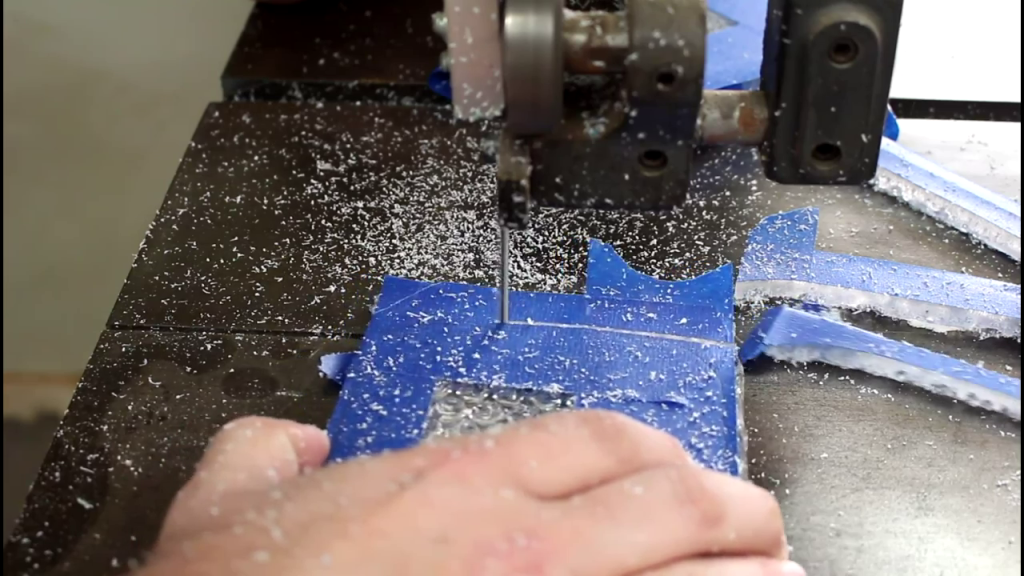 Lastly I took the coaster to the disk sander and sanded them to the pencil line. 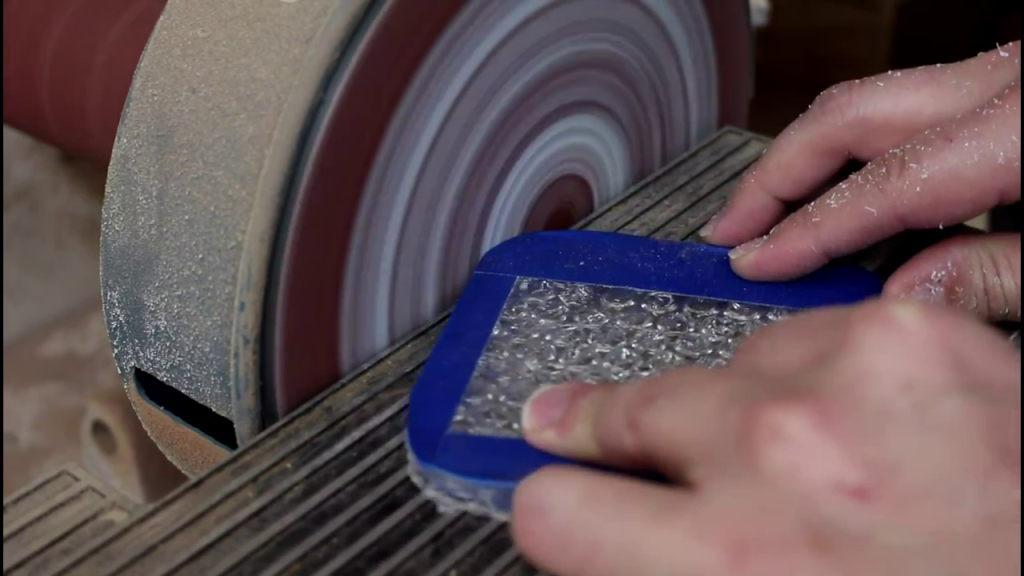 Here is were things took an unexpected turn. The bottom of the coasters de-laminated and the bubble wrap came free. May folks have said that bubble wrap is made of cellophane and apparently epoxy will not stick to it. I had no idea that would happen. I presumed that with all the cavities and wrinkles there would have been more than enough surface area for adhesion. 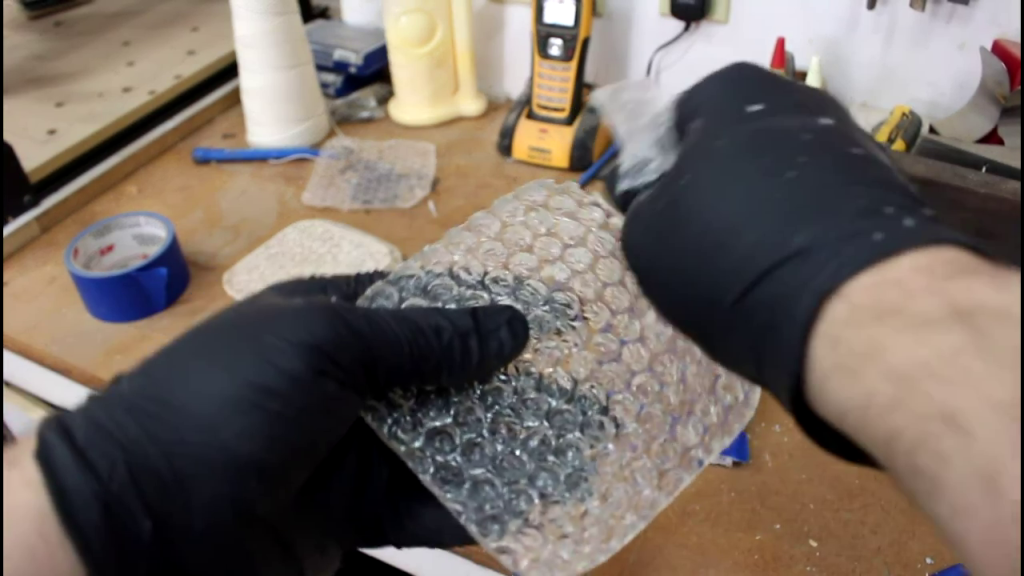 As it happens, it was a good thing. I think they have a much cooler look and texture to them as they are, rather than how I envisioned them! 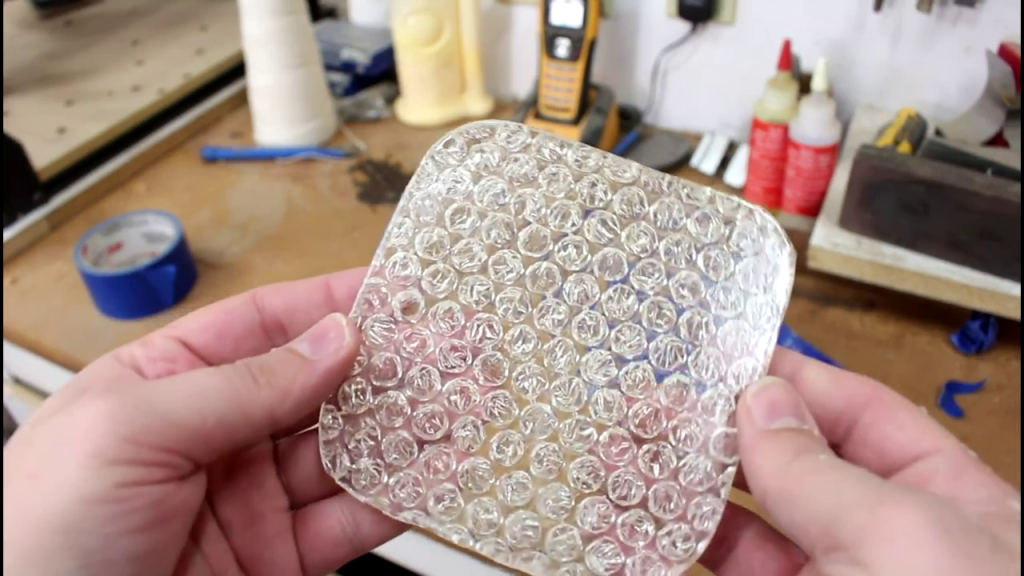 This project is very simple and you don’t need a ton of tools to complete it. Skip the large sheet and instead use 4″ coaster molds.