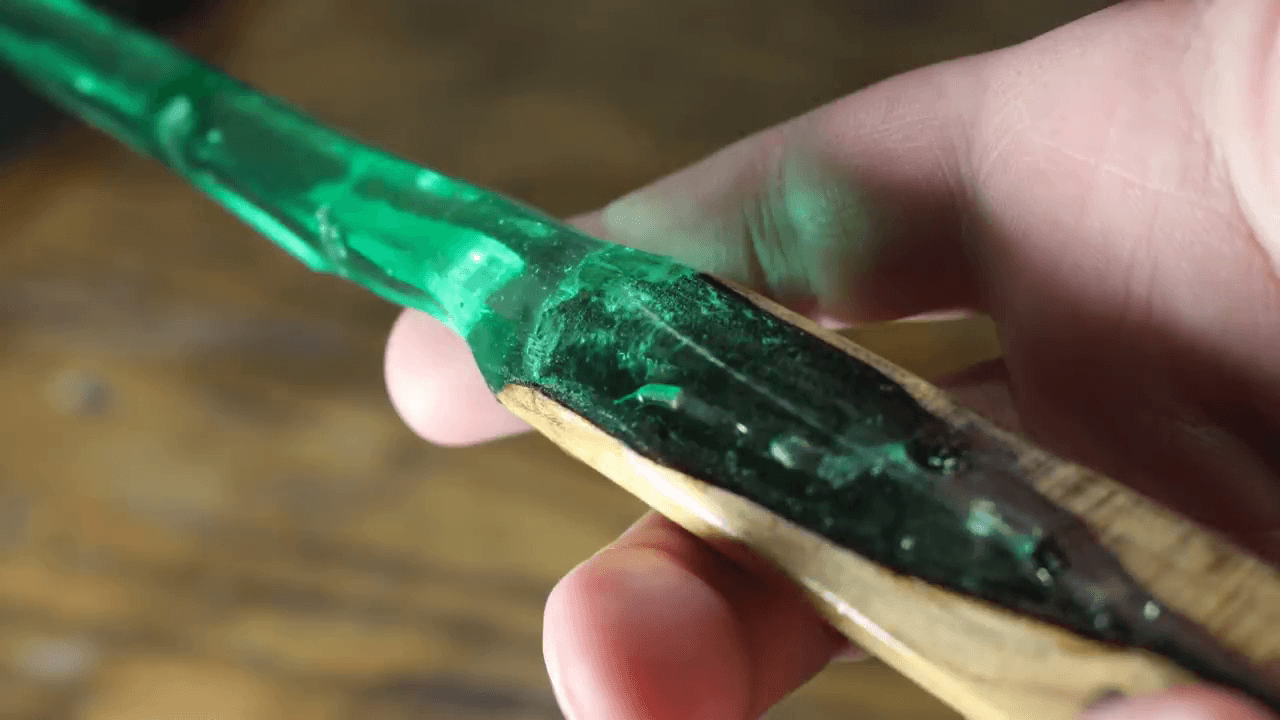 I believe I can say with certainty that nothing in the project went according to plan. The plan was a simple one. Take some rotten maple wood bits and cast them in some clean green resin. The first mold I made leaked like a sieve. No worries, the mark 2.0 worked great.

I then decided what I really wanted was cracks and air bubbles in the casting to really add to the look of the wand. A great idea in design, but maybe not a great plan in execution.

Once the wand blank was mounted on the lathe and began to turn it, I ran into a number of the bubbles, cracks, and fissures I worked so hard to add. Turns out while they do look cool, they made turning the piece nearly impossible.

So, after trying to repair 2 times and having it break 2 times. I decided on a different tact for the third time. I pulled out my Dremel and shaped it with a sanding drum

This completely changed everything I had pictured in my head up to this point. I was off the rails and just shooting by the hip. I should also note that my quick 4-day project had now stretched into its third week with all the redo on molds, breaks and general despair.

So yes, this is what a simple project looks like. Obviously, I greatly overestimated my chances at completely it in a week but it still came out nice!

As it stands, I couldn’t be happier. I’ve learned a new technique, and I think I can even apply this failure to future projects. So, I’ll rack this up in the win column!