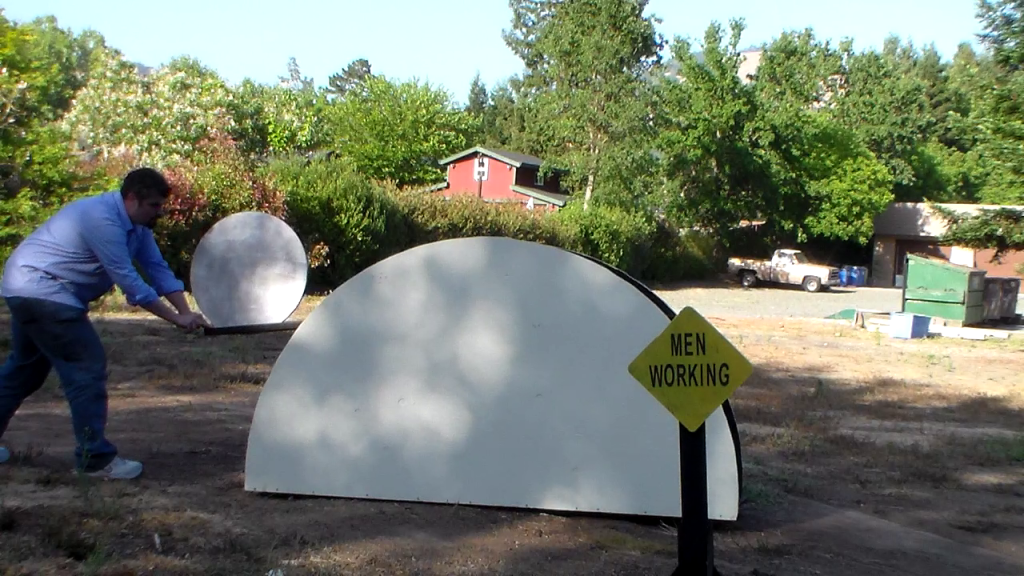 I originally wrote this post in 2008. It seems oddly applicable today! Is your shop time plagued by a similar scourge?

~~~
There seems to be no shortages of people places or objects to bestow your esteem, regard, respect, approval or reverence. So how is it that I ended up here? Recently I find myself making sacrifices to a god that I didn’t even know existed until a few moths back. This god is now the ruling force in my workshop, second to none with the power to change the outcome of even the smallest of event. That’s right, the god of Oops.

Somehow I have unknowingly allowed myself to be ensnared in the firm grip of this relativity low profile god. What many folks would dismiss as coincidence, I see as evidence to the ethereal hand of Oops. Oops is a very demanding god!

Oops demands regular sacrifices of nearly all of my projects. Sometimes, he only wants a small thing, like a striped screw head, or stray paint drip on an otherwise clean job. Other times my reverence is tested with something of a slightly larger scale. Oops was apparently drowning in wistful melancholy, just as I had almost completed a project. As such his demands were much more stringent. I had the largest Oops offering to date, as I dismantled every last joint of a project to lift his spirits and cement my everlasting commitment to this terribly vengeful god.

So goes my current religious experience. I decided after that last project, that I would limiting my devotion and be giving less to this rather impish deity. I had a job that was to be a set of lattice framed doors to cover the top of a koi pond. The hope was to offer some relief to an issue, we had been experiencing with some rather pesky fishermen. The raccoons had discovered a nice source of fresh fish and I was charged with fixing it so they couldn’t readily get at their after midnight snack. At first I was considering getting in touch with a pest control company similar to https://www.pestcontrolexperts.com/local/iowa/davenport/ but eventually I decided on rising to this DIY challenge on my own and see what I could do to prevent the situation.

As I put the last finishing touches on the doors I realized I hadn’t made any amends to Oops. In fact I was quite proud of the fact, and mentioned it in passing to my wife as she looked over my handy work. I walked back into the shop about an hour later to sweep up sawdust and move the items, when I noticed a chip of wood missing from a joint.

Apparently Oops got wind of my statement and wasn’t interested in losing another follower. I searched all over the shop for the sliver of wood that was missing. It had apparently vanished, as if snatched up by Oops in a display of power. A sort of forced sacrifice to affirm who in fact was in charge of my ‘so called’ free will.

I spent an hour or so repairing the corner. It seems I’m still an unwilling servant. Hopefully in the future I can find a way to rid myself of this god. Until then, I will continue in my sacrifices and increase my supply of wood glue and sandpaper.

~~~
It’s been almost 8 years since I wrote this article. If anything, I’ve been elevated inside the Oops diocese to the level of acolyte. It appears, I will never be free of Oops. At least I know I’m not alone in my service. It is always good to see new brothers and sisters joining the fold…

One thought on “Sacrificing to Oops”