In 2015, Peter made a coffee tamper out of coffee and resin. It didn’t go well. At all.

It looked like poop. It’s time for a re-do! 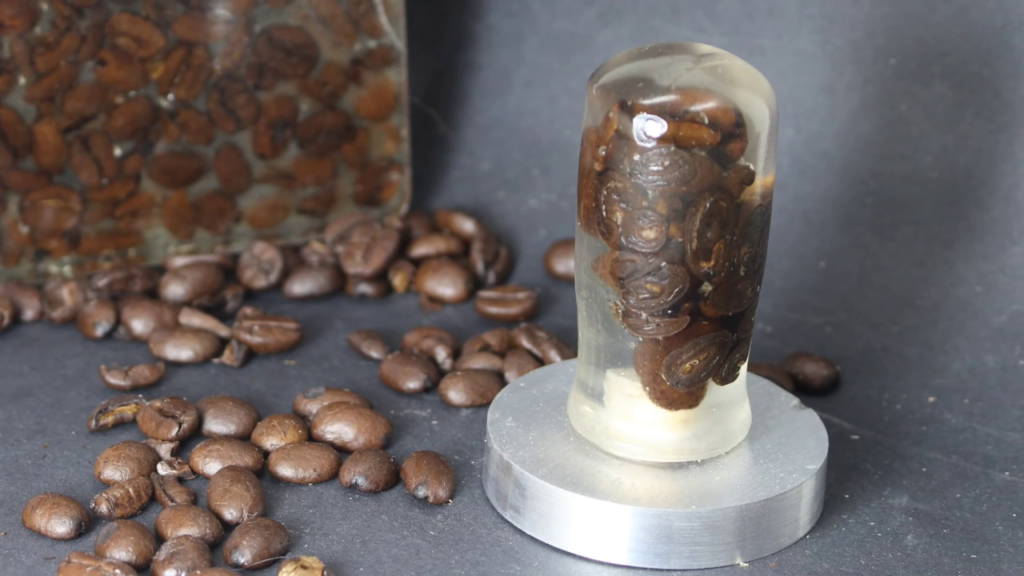 To start out, Peter pulled out an old 4oz mold he had on hand and a fast-cast resin that cures in about 20 minutes. This time around, the coffee-to-resin ratio is biased more towards the coffee. 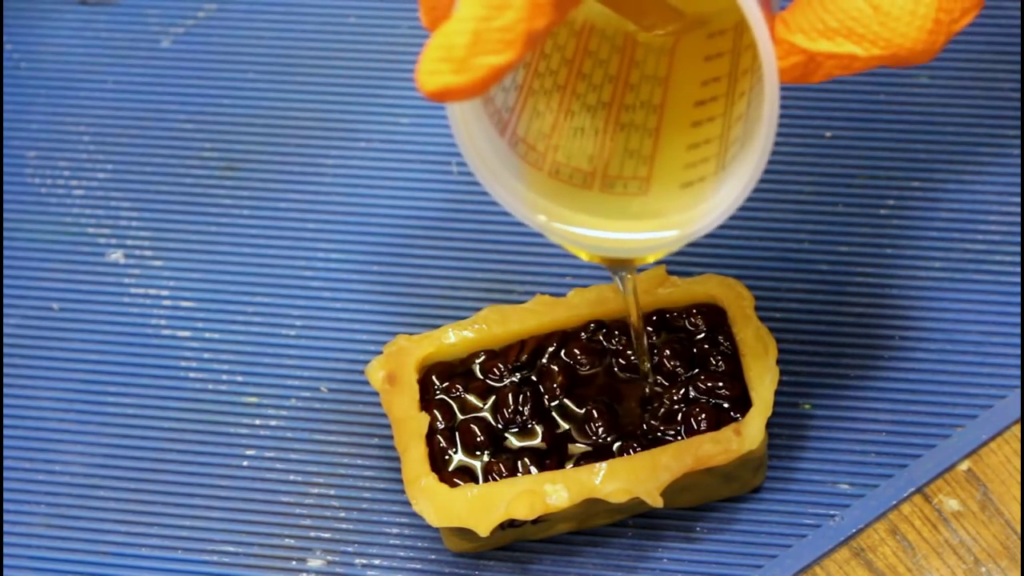 After the first cure, it turns out that coffee beans float in resin, resulting in what looks more like a cereal bar than a block of coffee beans. With the fast resin, though, it’s easy to try again.

The second block comes out better, as Peter split it into two pours to keep the beans from floating to the top. It still looks like dessert at this stage. 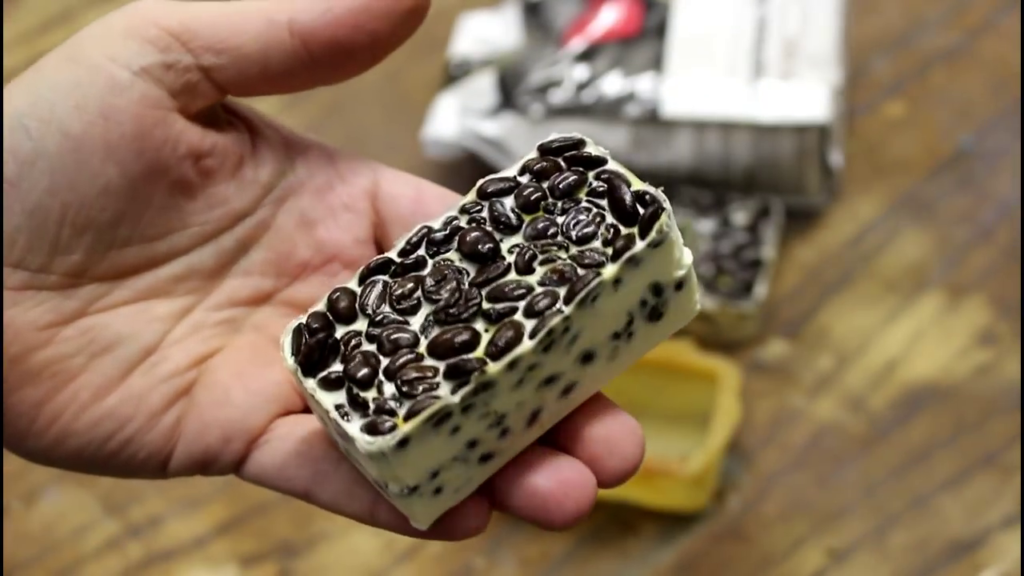 On the lathe, it’s just a matter of sinking a quick hole so it can be properly mounted, and then it’s time for turning! At least this project smells good. 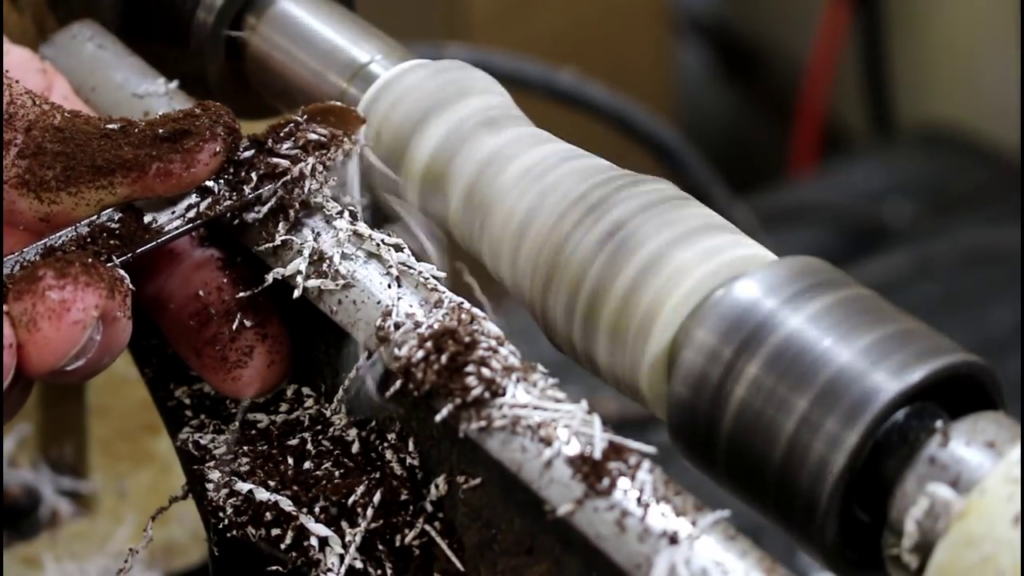 The shaping goes well, the sanding goes well, it polishes up and it takes the lacquer wonderfully. This coffee tamper is really coming together!

Cutting the base is easy; just a rough cut on the bandsaw, and then some polishing on the lathe. Assembly is just a matter of using a shelf pin and some glue. And it’s done! You can look at getting yourself a rosin press to help make your artistic creations. 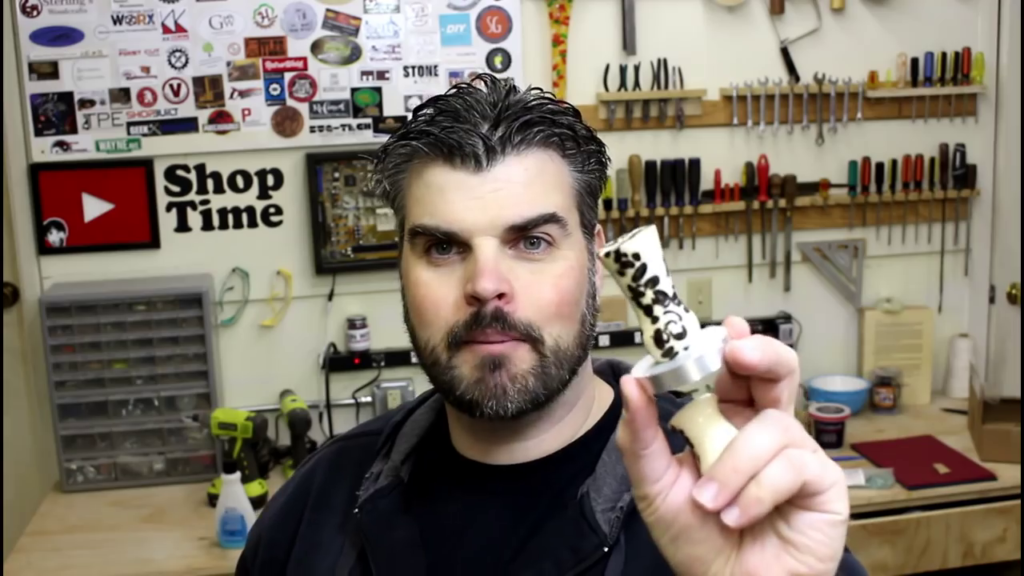 5 thoughts on “Resin vs Coffee Take 2”