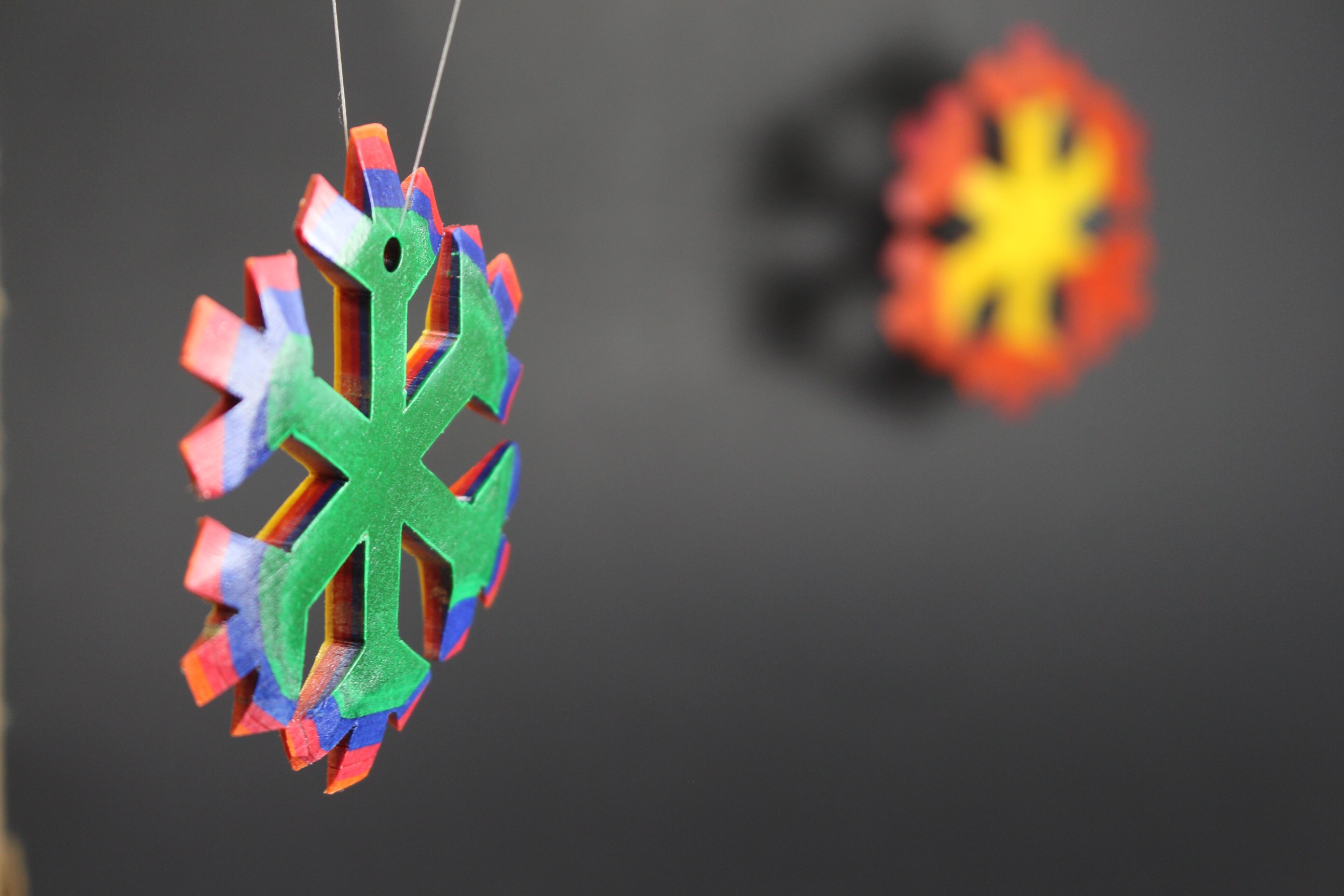 When someone implies that you’re a chicken, the only reasonable response is to make an awesome Christmas ornament.

This project is Derek Oliver’s fault. Since Peter hasn’t participated in the Christmas Ornament Challenge ran by Alan Stratton and Carl Jacobson for the past few years, Derek Oliver decided to give him a bit of a push. Last year, that “push” was a manifesto about how he’d beat Peter “like a rented mule.” It wasn’t enough.

But this year? Calling him a chicken? That can’t stand.

Peter starts out with some clip art and the scroll saw. With a bit of glue, a lot of practice, and roughly 2.34 boatloads of patience, he manages to get some decent looking stars knocked out.

From there it’s onto the belt sander to smooth them down and put a nice taper on the edges. With just a bit of work, the layers come out wonderfully.

With a quick detour over to the drill press to make them easier to hang and a coat of spray lacquer for some extra shine, it’s done!

Hopefully, these ornaments will satisfy Derek. If the Christmas competition keeps escalating, the next round might get a bit… Dramatic.