I present to you 256 crayons melted into a large rainbow block turned on the wood lathe for your amusement.. There is no glue or fasteners of any type, just a block of melted wax. This crazy idea all started because I felt that melted crayon art was interesting, but wanted to take it a step further… 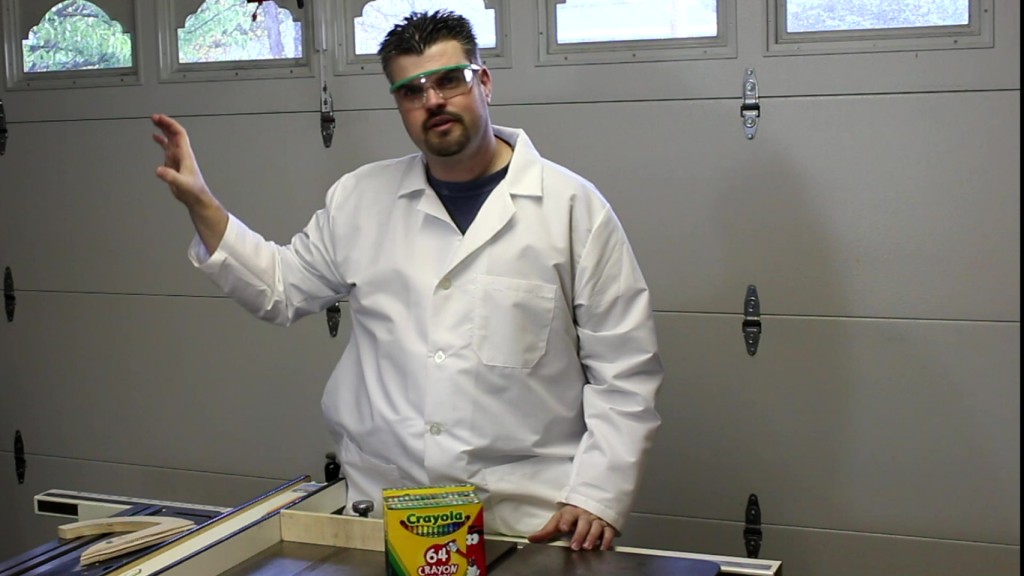 So I bought 8 packs of Crayola brand crayons. The last time I tried this I used the dollar store band, and they just didn’t hold together. I also learned my my viewers that if you put the crayons in the freezer the wrapper will be easier to take off 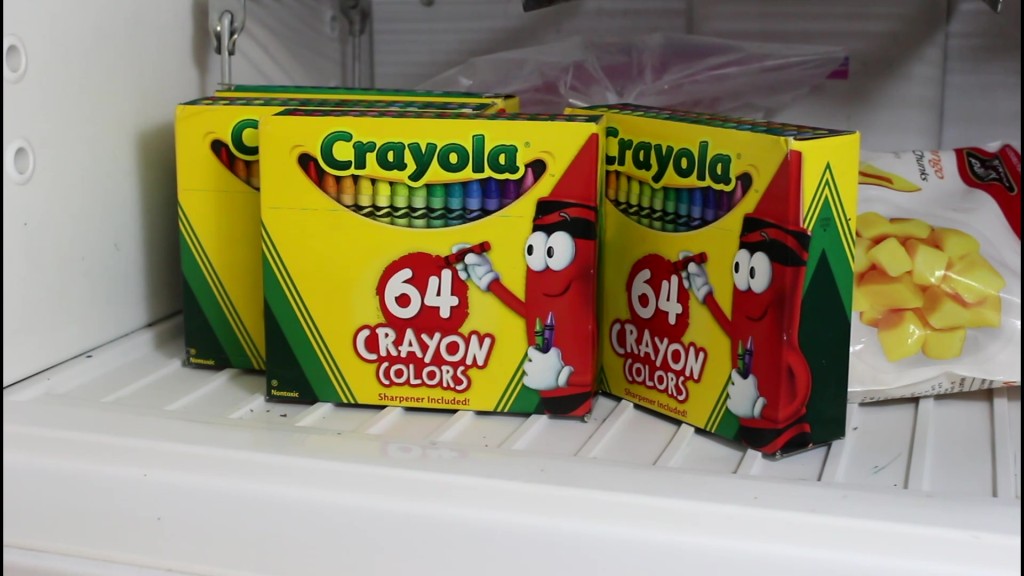 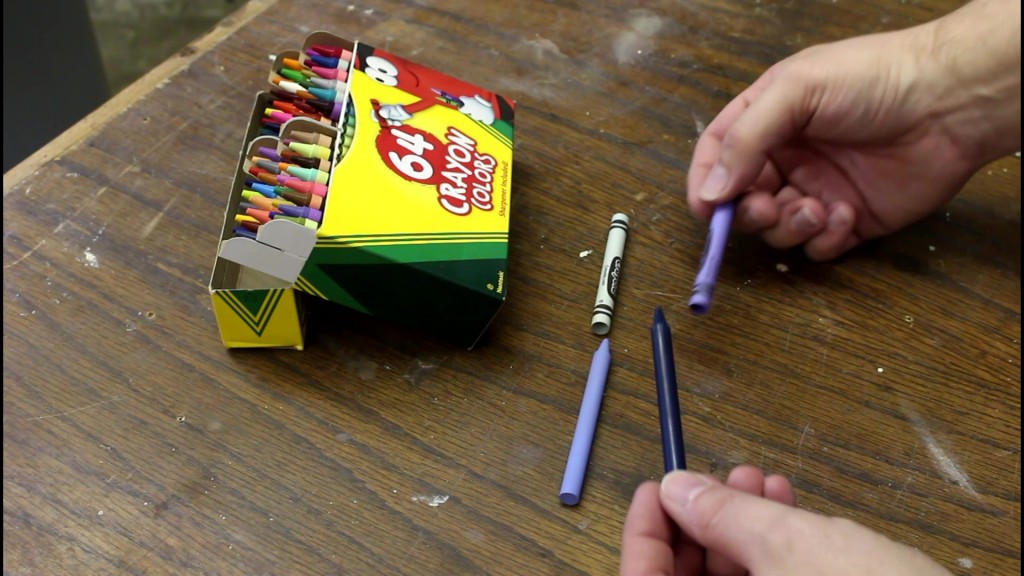 Within an hour or so, I had disrobed all 512 crayons! Now, some didn’t come off easy and I had to resort back to cutting them off, but most did. 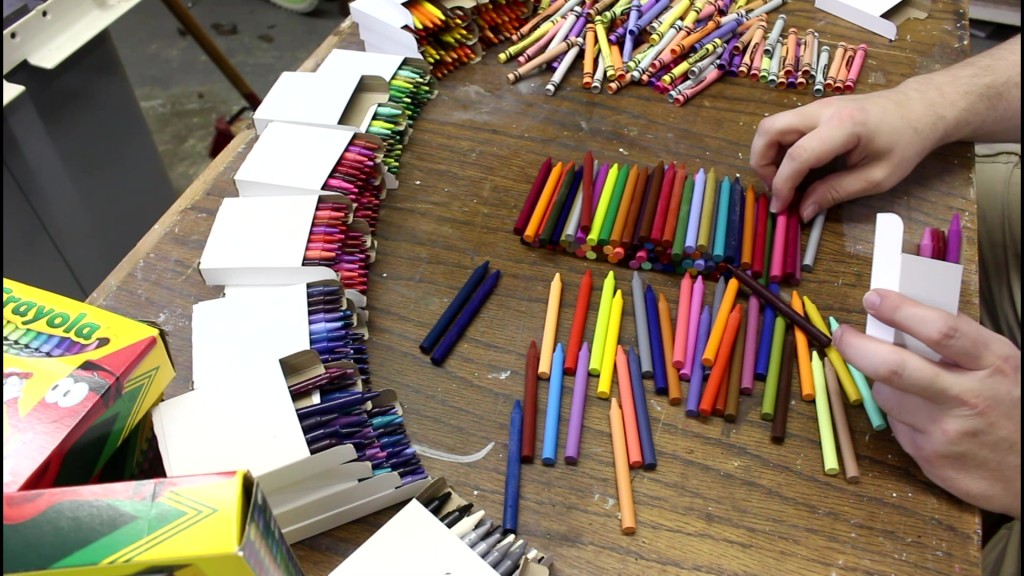 The next step was sorting. I decided to keep it to general color groups. Red, Orange/Yellow, Green ,Blue & Black/White/Grey. 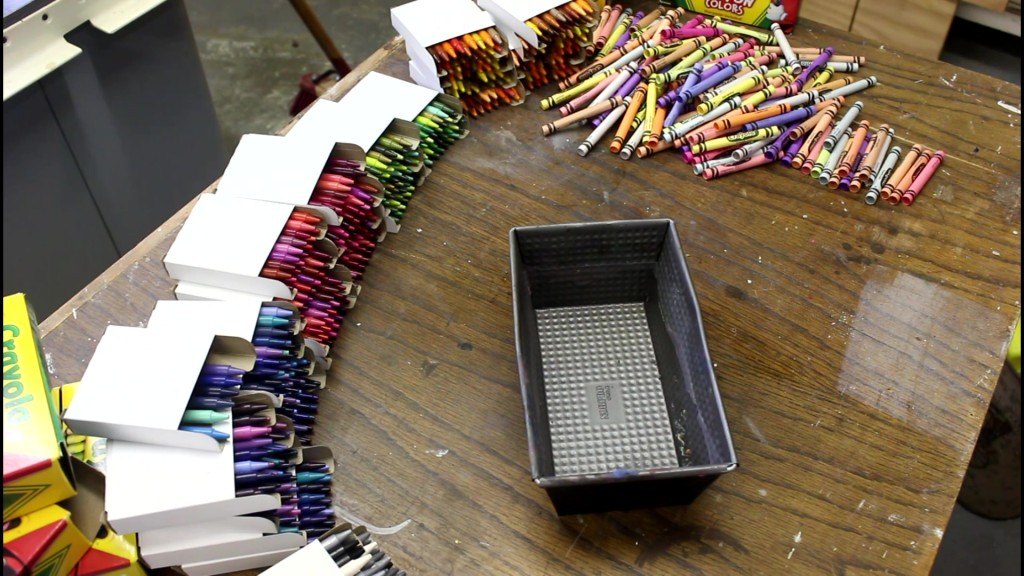 I bought a non-stick loaf pan from the cooking store. The conversation went something like this,

“Oh! What are you making”

“I’ll find it, thanks anyway.” 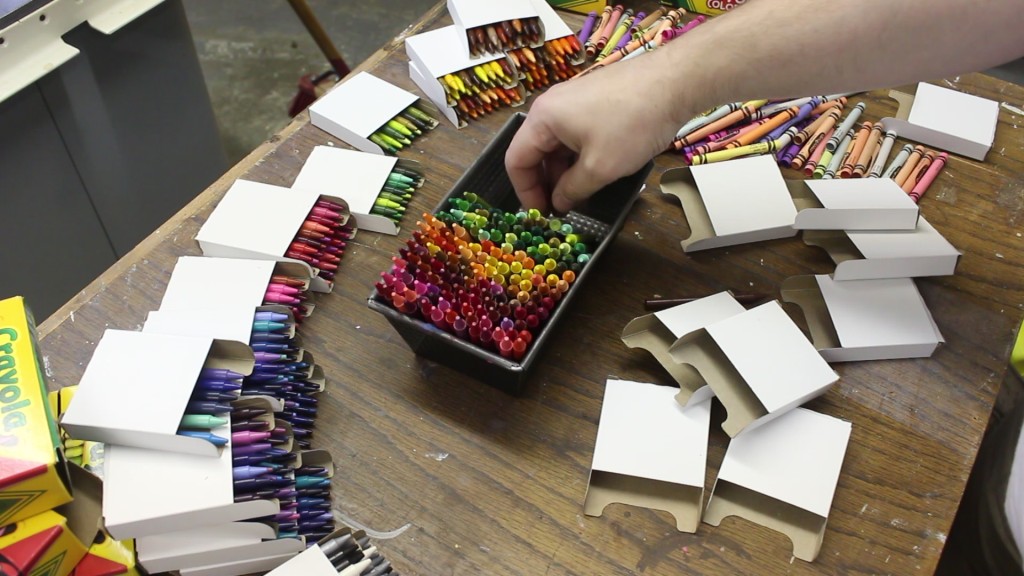 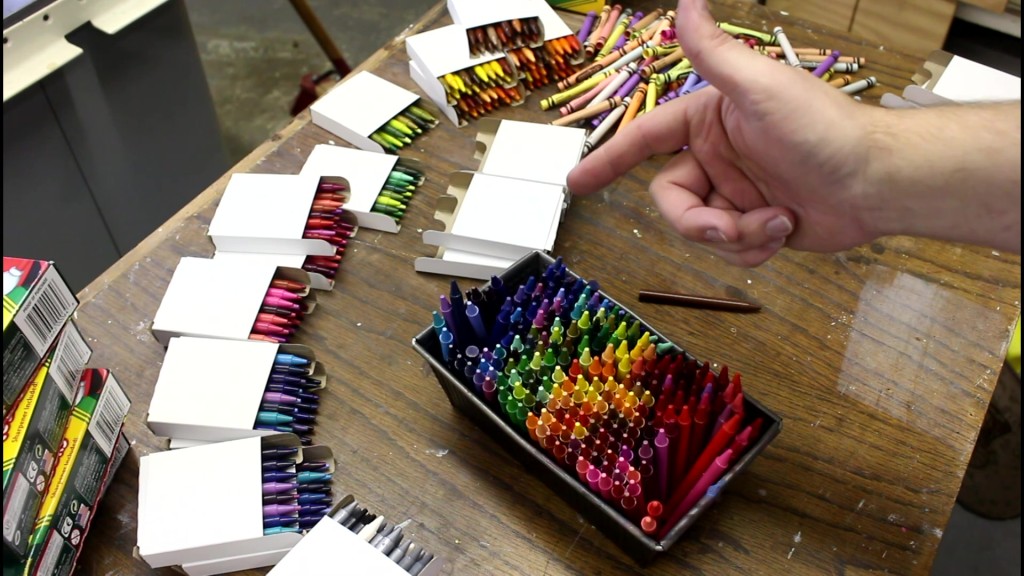 In the end I used 256 crayons. I got them sorted in a very rudimentary rainbow. I also know from past experience that will flow around as the wax melts. My hope is to minimize that effect as much as possible.

Oddly enough Crayola has a FAQ on their website, and one of the top questions is:

At what temperature do Crayola Crayons melt? 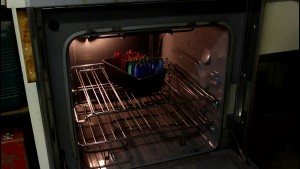 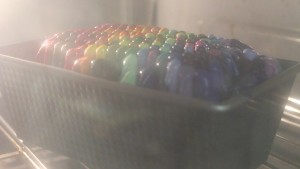 It took almost three hours to get to the liquid state. And after it cooled I had a bit of divot in the  center of my blank where it contracted. 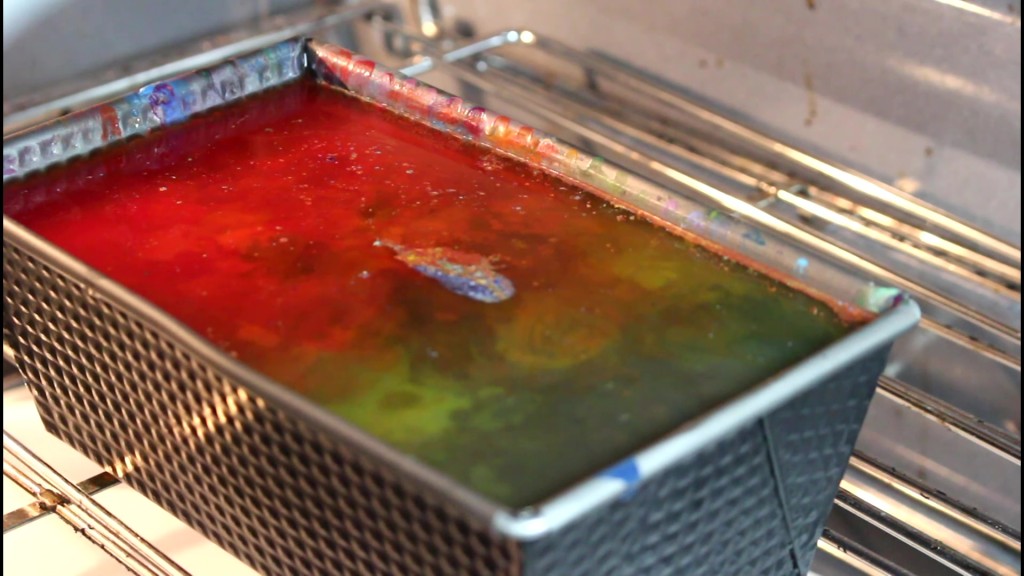 I melted about 20 more blue crayons and it filled in nicely.  It took almost 12 hours to cool down completely. But once I removed it from the pan, I knew I had something cool! 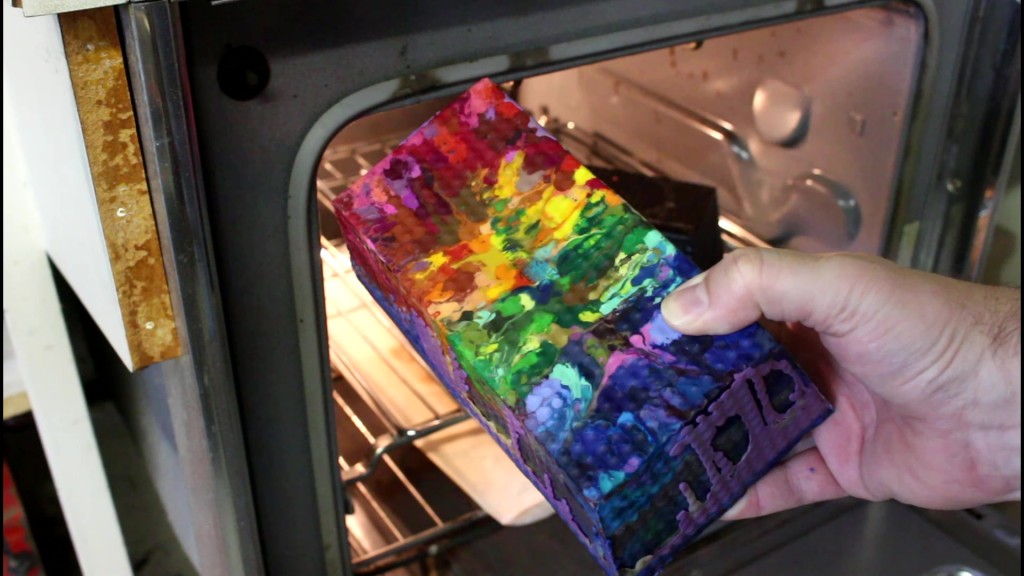 The next step was to treat it just like any blank for turning on the lathe. I squared up the two ends to be 90° the base. That was easily to accomplish at the band saw. 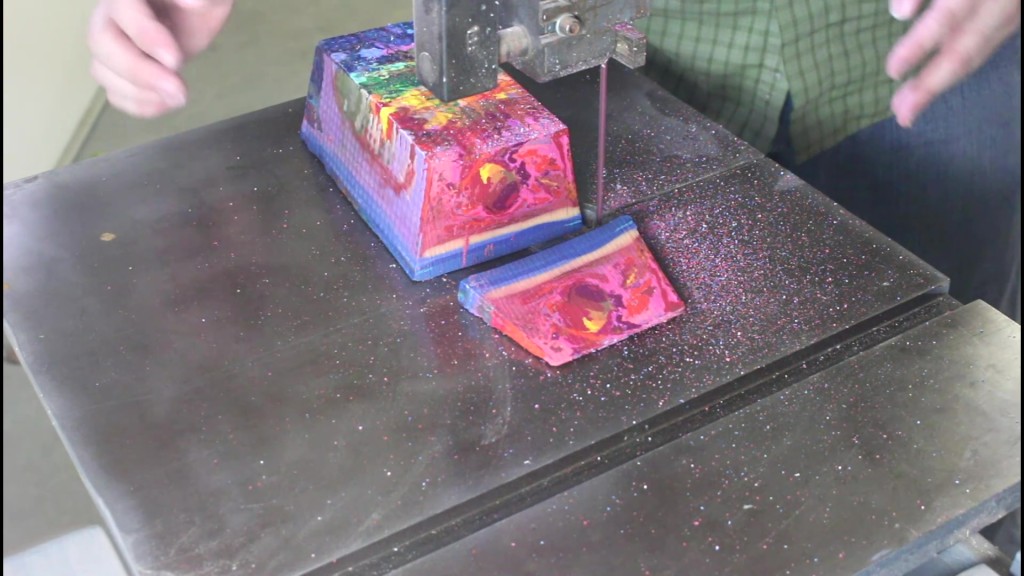 I then took it over to the drill press and drilled a 3/8 hold about 3 inches in depth down the center of the blank. Now were’re ready to turn. 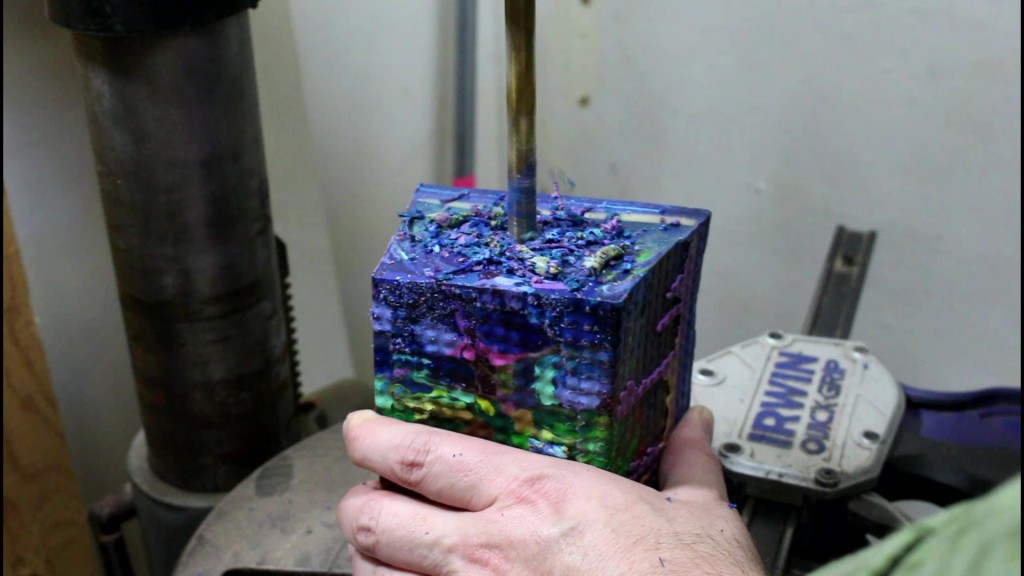 I wasn’t worried to much about the turning, but I was a bit apprehensive in regard to the holding process. I was having trouble coming up with a method for holding the blank safely while spinning at 1200RPM. I didn’t feel like getting hit with a block of wax! 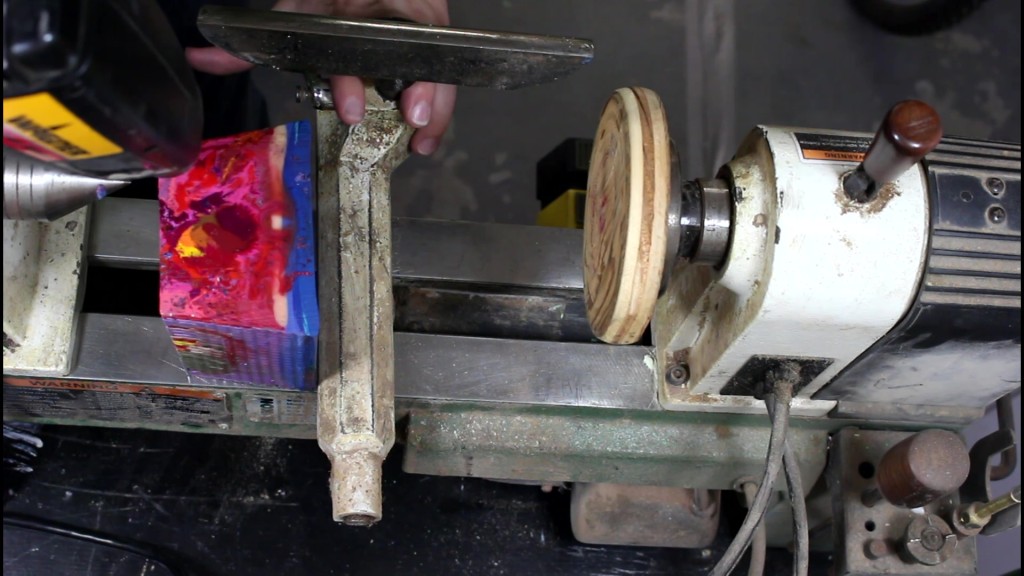 And then it hit me. Melt the crayons. I used my heat gun and softened one end of the the block, then wedged it between centers on the lathe. As the crayons cooled, they would stick to the wooden face plate, and that combined with the pressure from the tail stock would hold the work fast. 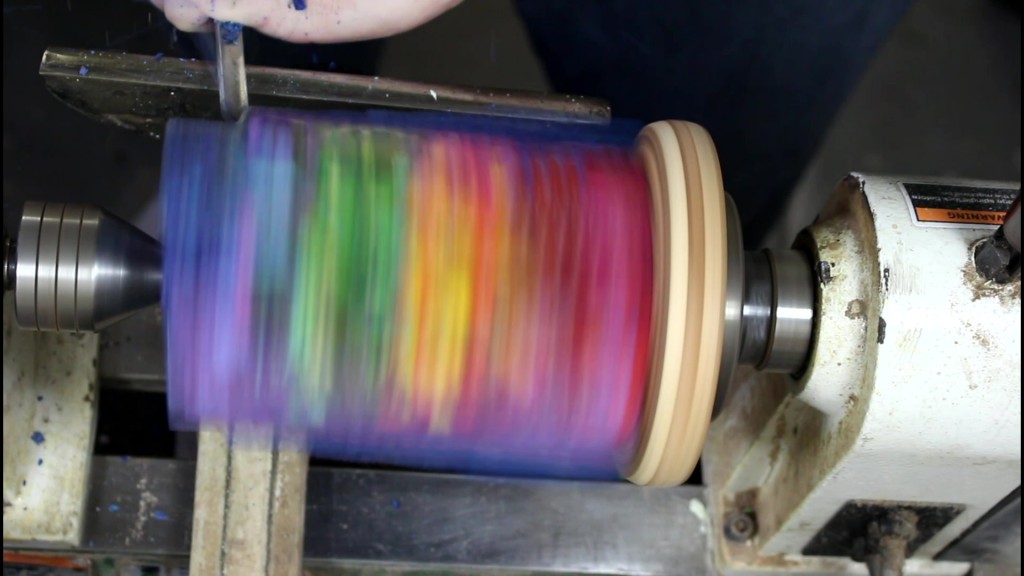 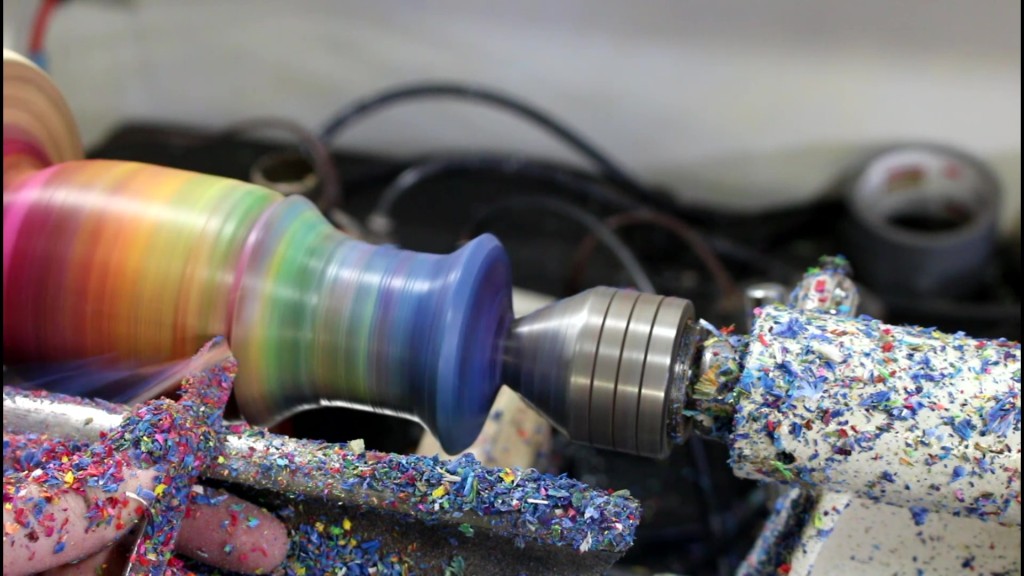 Turning wax on the lathe is a very simple task. It’s super soft and works easily with turning chisels.

It is a bit on the messy side though…. 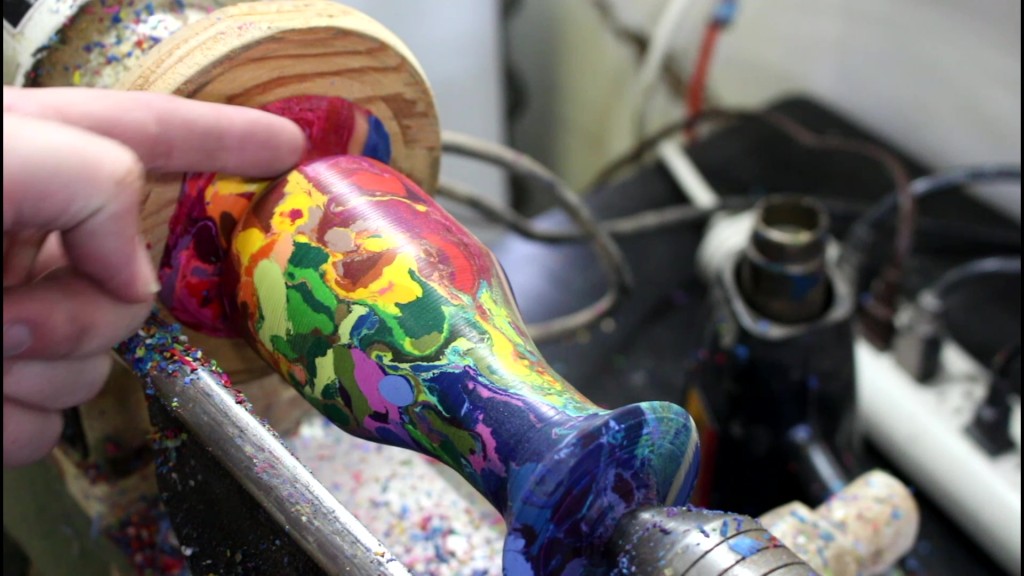 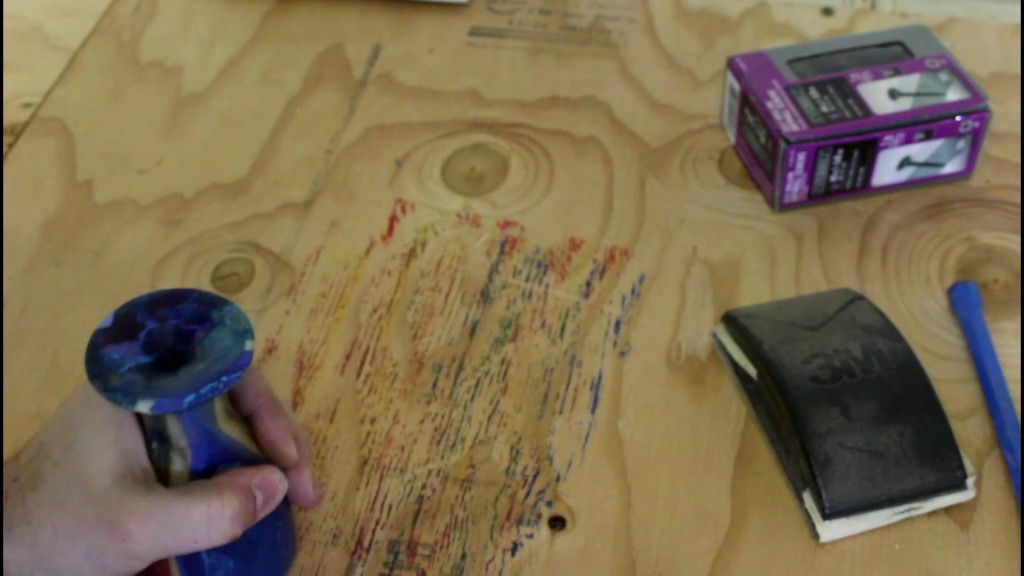 …and then leveled it on the bench top.  Which was an enjoyable process! 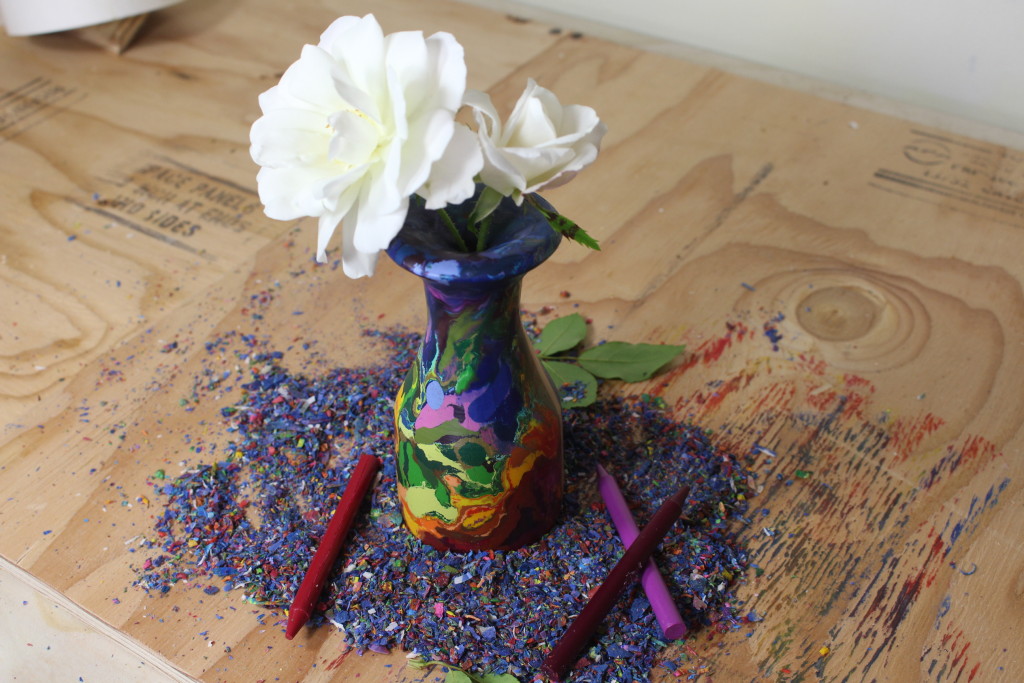 And that is it, you have yourself a functional rainbow vase. The other nice thing about a crayon vase is that it will actually hold water, unlike it’s wooden counterpart!

Now, I had thought about giving the entire thing a coast of epoxy to seal it, but I like to texture and smell of the crayons. I did add a layer to the bottom, just to keep my furniture safe…

Thank you so much for watching, now I’ve got a lot of crayon bits to sweep up….