After making the Milliput inlay bowl I knew I wanted to make something entirely from the putty.

I had some time to kill, while my resin project was curing, so I put off editing video and instead opted to spend some time in the shop making a Damascus style ring blank to turn in the lathe! 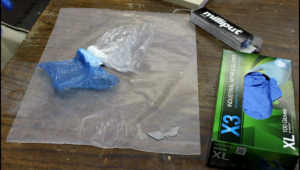 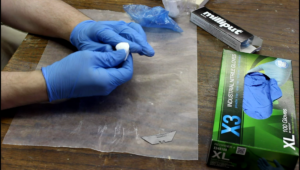 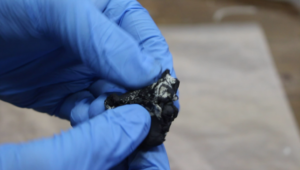 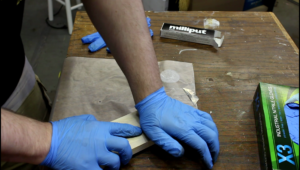 I bought two colors of Milliput, one black one white. The putty comes in two parts. You use equal parts of the putty and hardener and mix them together until you get a uniform color. After I mixed both the black and the while, I rolled them into balls and flattened them out.

This process wasn’t easy, as the putty is very sticky and stuck to everything I threw at it. Rubber gloves, silicone mats, parchment paper, wax paper and my razor blade. 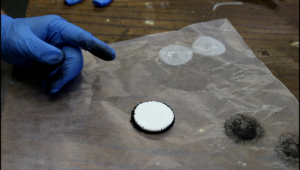 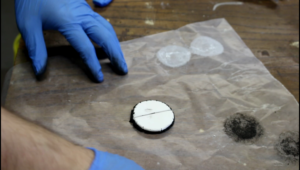 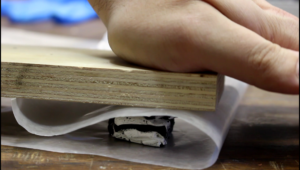 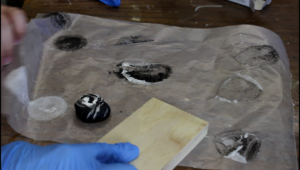 I think I did the process 5 times in total. I then rolled the whole thing out like a tube then flattened that into my final ring blank.

The Milliput only needs a couple hours to dry, but I ended up not being able to come back to the project for 48 hours.

After 48 hours, I had a very hard block of Milliput. It’s not much to look at, but I’m hopeful that the pattern will look good once turned on the lathe. 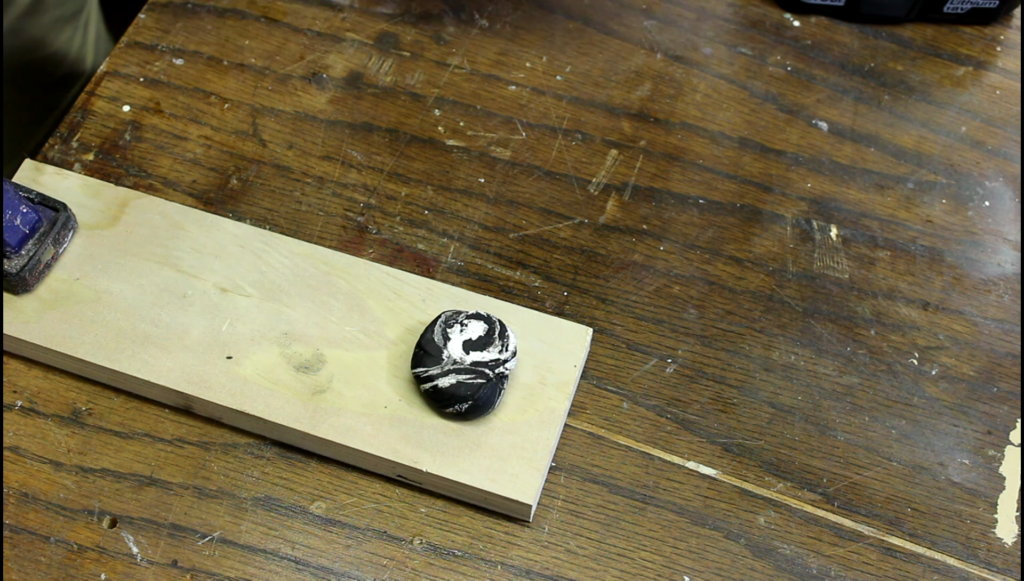 Making rings on the lathe isn’t difficult. First step is to drill out what will become the inside diameter. For my ring size that is roughly a 3/4″ hole. Here is a useful chart of size in both inches and mm.

The hole can be drilled at the drill press, or even at the lathe. Considering that this project was a quick experiment for me, I just used my hand drill and a some bench clamps to make the hole. 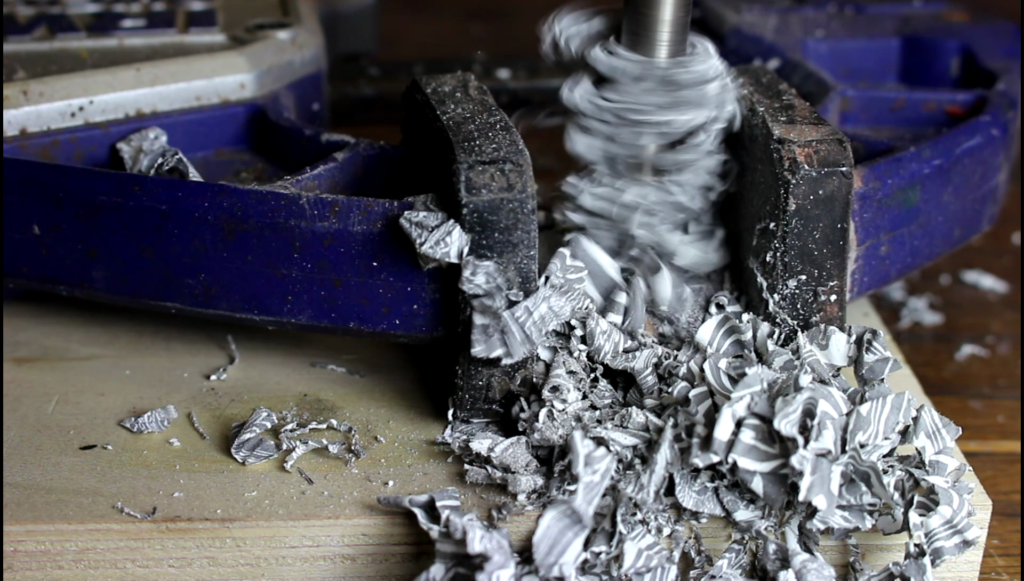 I must say, the putty shavings excited me as to what I could expect to see emerge at the lathe!

A jamb chuck is a simple jig used for wood turning. The term is pretty broad and can be used for a number of fixtures and holding devices. 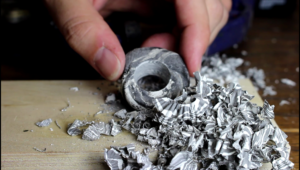 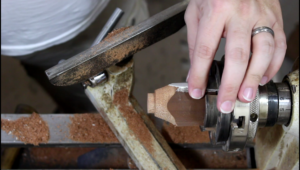 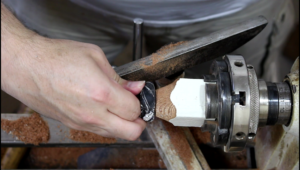 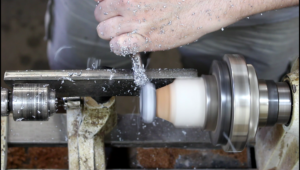 In this case, I turn a small tenon on a scrap of wood with my parting too. That tenon should match the inside diameter of the ring, and be roughly half the items depth. It should be a tight snug fit. It can be a fussy balance between too tight and too loose. If too tight, then turn or sand the tenon a bit. If too lose, add some masking tape to tighten it up.

Once the blank is snugly on you can turn down the ring. Here I’m turning with a carbide cutting tool, but that is not required. It’s just what I used for my Milliput bowl, so I knew it would work. 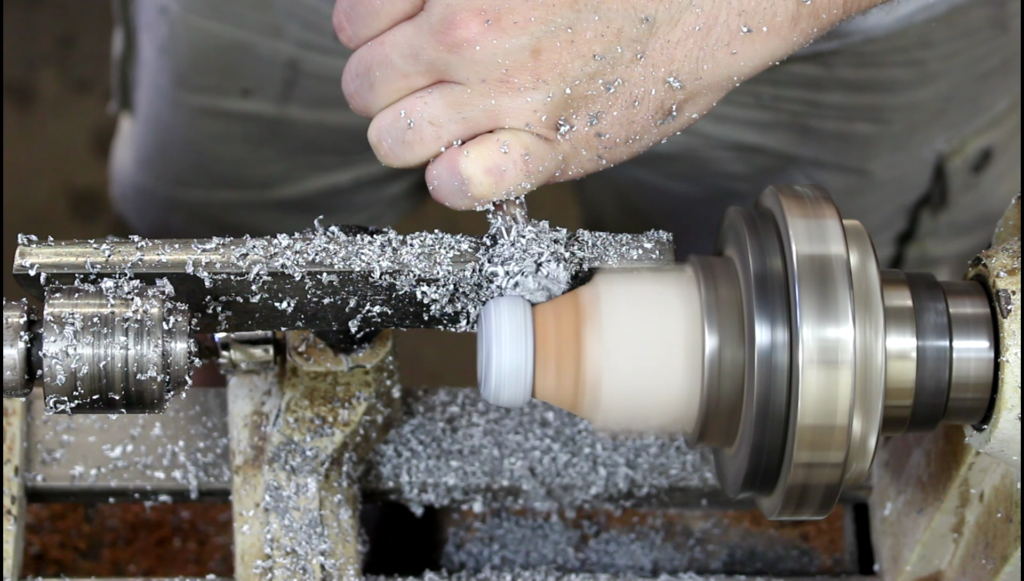 The trick with rings is getting them thin enough. There is an urge to stop early to avoid a break, but a thick ring is really too uncomfortable to wear. So, keep going, even though it’s a bit nerve racking. 🙂 I honestly could have even gone a little thinner, but it’s pretty comfortable overall. 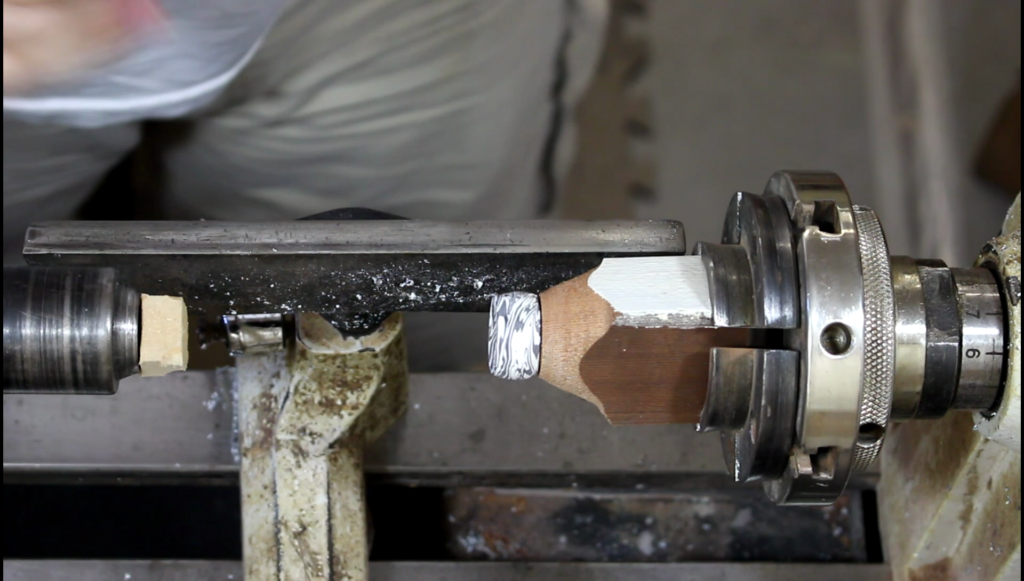 I skipped the sanding and polishing step as the Milliput came out really nice right off the tools.I think sanding with some very high grit sanding pad would only make this ring even better looking! 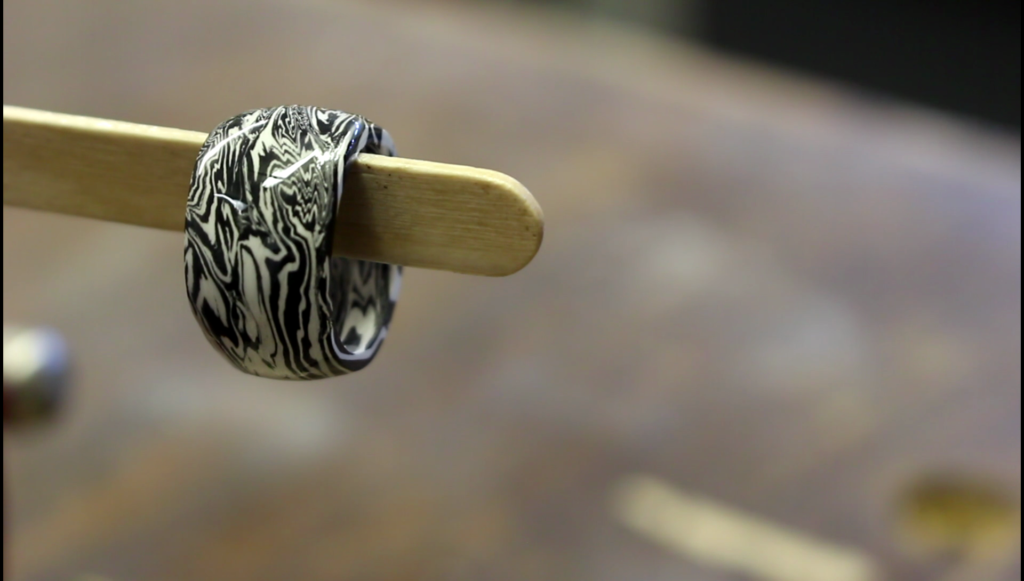 As for a finish, I went simple an just gave it a couple layers of spray lacquer. It really popped the contrast and helped to cement the damascus steel facade I was going for!

I must as I’m extremely happy with the outcome of what just started as a way to kill some free time!

Want To Make this Project?

One thought on “Milliput Ring”