Making The Drunken Cutting Board!

This is my first cutting board. An interesting pattern emerges from the flowing “S” shape and works really well with the high contrast of maple and walnut. I made a few changes from the original, but I would be remiss not to link to the post were I first saw this project back in 2009:

The process begins with two board that are the same thickness. In this case my lumber was 7/8 of an inch thick. 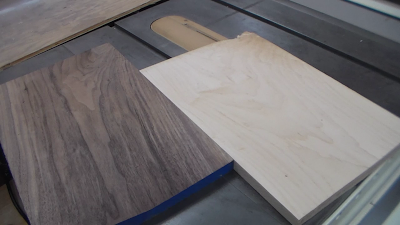 I then cut them to 9″ in width and 14 inches in length. Both boards being the same dimensions is key to this project turning out. 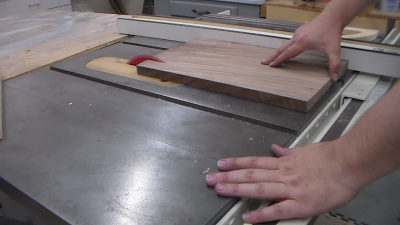 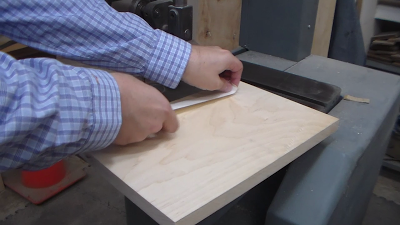 I just an “S” shape and repeated the process 5 times. I tried to make them similar but not precise. A free form cut is sorta of what gives this project it’s charm! 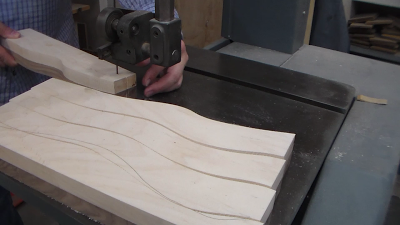 There were some tool marks from the band saw, I *lightly* sanded them off at the drum sander. What you don’t want to do is change the shape of the curve and ruin the mating of the two pieces. 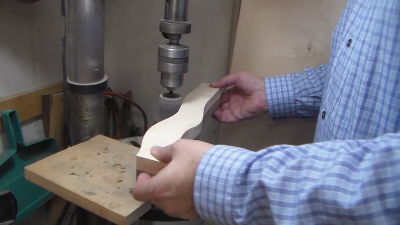 Next, you can alternate each piece and glue up the boards in with a cool wavy look. 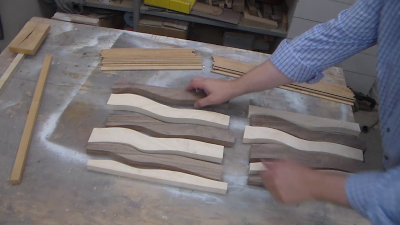 After the glue dries pass it through the planer and get two parallel surfaces for joining together again with double stick tape. 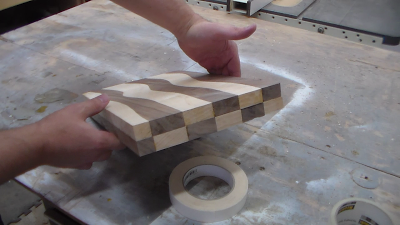 This time I swapped out blades in my band saw in hopes of making the process better. The issue was that I caused some blade drift that made gaps in the pattern. I would stick in the future with the smaller 3/16 4tpi blade that I had on for the first cut. 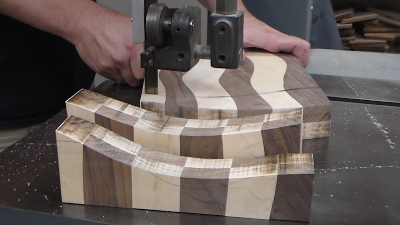 Now, we alternate the boards again and glue up for a second time. Once dried you can sand them flat or use your thickness sander. I used the planer, but it can chip out some of the cross grain. 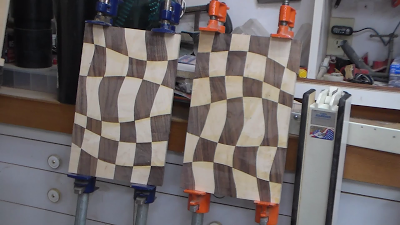 Now we glue up for a THIRD time. This makes for a nice heavy cutting board about 1 1/2 inches thick. 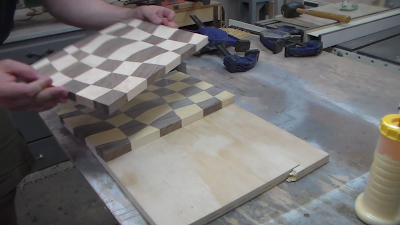 For the finish I simply added a two coats of mineral oil, allow 12 hours of drying time in between! 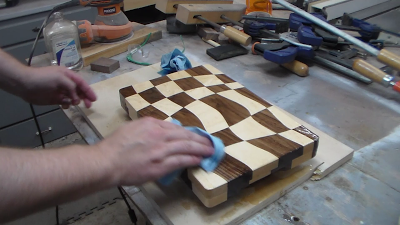 50 thoughts on “Making The Drunken Cutting Board!”