Everyone wants to have a voice. 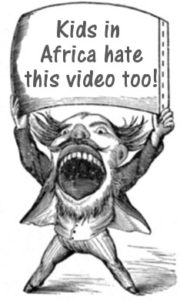 This is one of the main draws of watching videos on YouTube. If I watch a video and have a comment to make, I can post it and have almost instant access to the video creator. What other video medium offers that kind of access? Tom Cruise will never read my Netflix review for Edge Of Tomorrow. Nor will Willem Defoe ever respond to my poignant position on his role as Green Goblin.

YouTube is different. Everyone has a voice. That is both a good thing and a bad thing.

I love feedback from viewers. In fact I read every single comment people write. I no longer have the ability to respond to all the comments, but I do respond to a lot.

For the most part, 99% of all my comments are positive or constructive. Since my channel in firmly in the Making/DIY/woodworking section of Youtube, I tend to get a lot of advice.

I have zero problems with real advice, and enjoy constructive feedback.

“I like this, but think it would look better in Walnut”
“Peter, you shouldn’t hold your chisel like that, you’ll get lots of chatter.”
“Lol. That’s not what WD-40 is for!”
“Those screws are crap, should done a wood spline. Like if you agree”

You shouldn’t mistake criticism as contempt.

Honestly. If someone has an opinion, and wants to share it, I mostly appreciate it. Some people are less tactful than others in the way that they state things.  We are all learning, we are all beginners at something. Learning from others is a lot of what makes YouTube such an inspiring community. 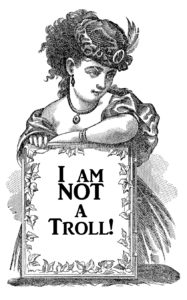 I’ve also found that responding to what I first see as critical comments, will later reveal nothing more that just:

Gauging someones tone in a text based message is really hard. It is easy to think someone is being rude, when really they’re just a stating something matter of factually. Try not to take things personally, it might not be intended as such.

Don’t think of disliking as The Nasty Button.

I don’t mind getting dislikes on videos. It’s okay to subscribe to a channel, enjoy many of their videos and still give them dislikes on occasion. The button is there for a reason.  As content creators we want to know what resonates with viewers and what doesn’t. If you get 5-10% of your viewer disliking a video, then I would call that pretty average reception. 30% or more? Maybe that’s not the type of video that is good for your channel. Now you know. As Saturday morning cartoons told us, “Knowing is half the battle” So make a change and learn to not get upset with a dislike now and again. It’s a useful bellwether to show us how we’re doing.

Of course not everyone is content to just dislike a video. Some want to tell you WHY they dislike your content.

“I think this lamp is super ugly. I wouldn’t want it in my house, let alone my county.”

I will often times respond to this type of comments with, “You don’t have to like every video I make. I don’t even like them all. Thank you for watching, and commenting.”

I cannot tell you, how many times I get a note back, “I can’t believe you replied! I love your channel!” Really? Well, I guess someone just needed a little attention today.

Which dovetails into my next point. Sometimes people leave inflammatory comments just to get a response. We’ve all done it as some point in our lives. Saying something nasty to garner a response. Any response at all. Sometime people are just lashing out in order to be heard.

I’m not saying it’s a good thing. It’s not. We call them Trolls. Feel free to delete these comments. It’s probably the best course of action for the super negative comments.

“You should kill yourself!!”
“You’re bat crap ugly.”
“I like the way Captain Crunch cereal tastes…”

For me, I’m a big enough channel that my viewers will respond to most trolls on their own. Sometimes that response is enough to chill the person out, and other times any response at all just lathers up the troll into a raging mess.

I want the comment section of my videos to be a safe place for all viewers. I’m okay with you stating your opinion, or disliking a project or process, but I’m not going to allow attacks or vulgarity to define my channel. So if a thread gets nasty, crass or rude, I’ll delete it. But mostly that is a rare occurrence.

I don’t want to give trolls a voice but I also want to be careful not to lump people with critical comments into the trolls camp. So, my best advice to you would be, to learn to spot the difference between the two. Sometimes we create the trolls out of comments intended to be otherwise.