How To Make An Retro HDPE Wall Clock 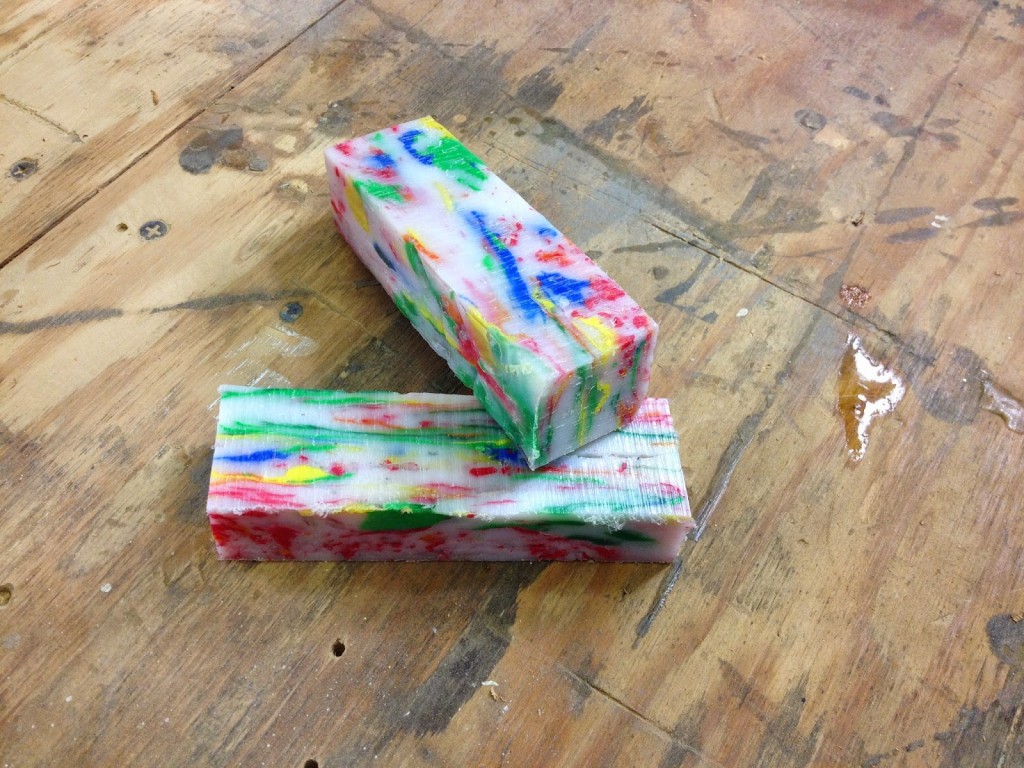 I recently melted down some milk jugs and bottle tops to make a colorful block of material. I began pondering what I could do with it! This was the first I idea that grabbed me. A HDPE wall clock!
I started by cutting my panel to a pleasing shape at the band saw and then drilling 1″ holes at the 12, 3, 6 & 9 O’clock positions. 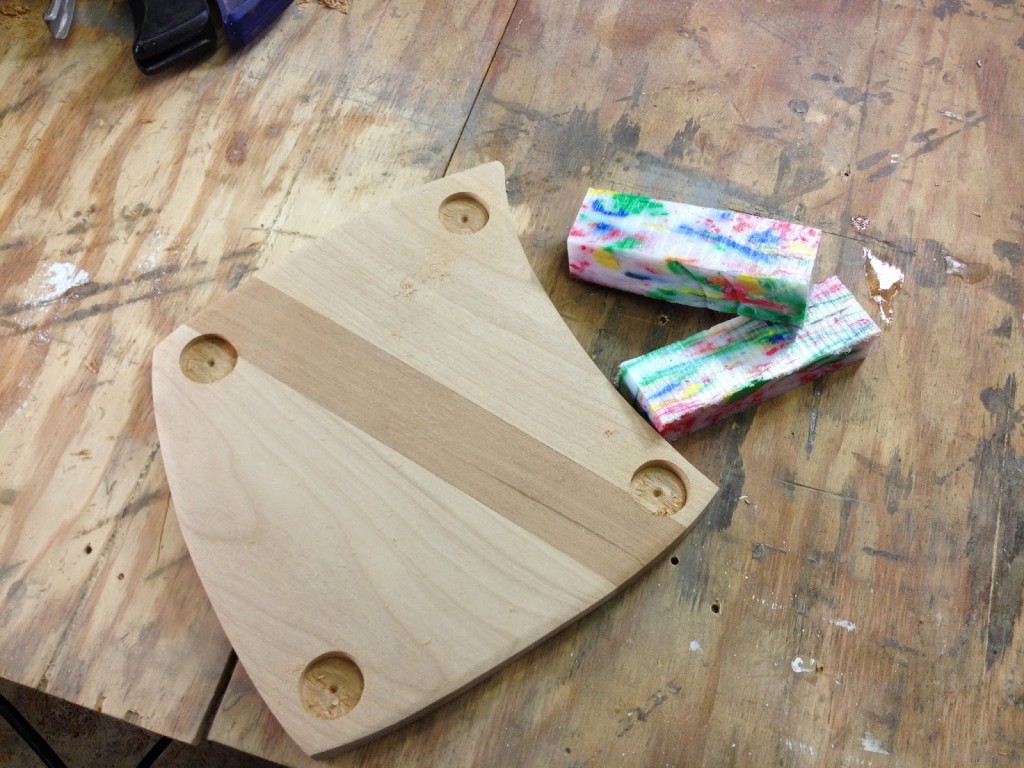 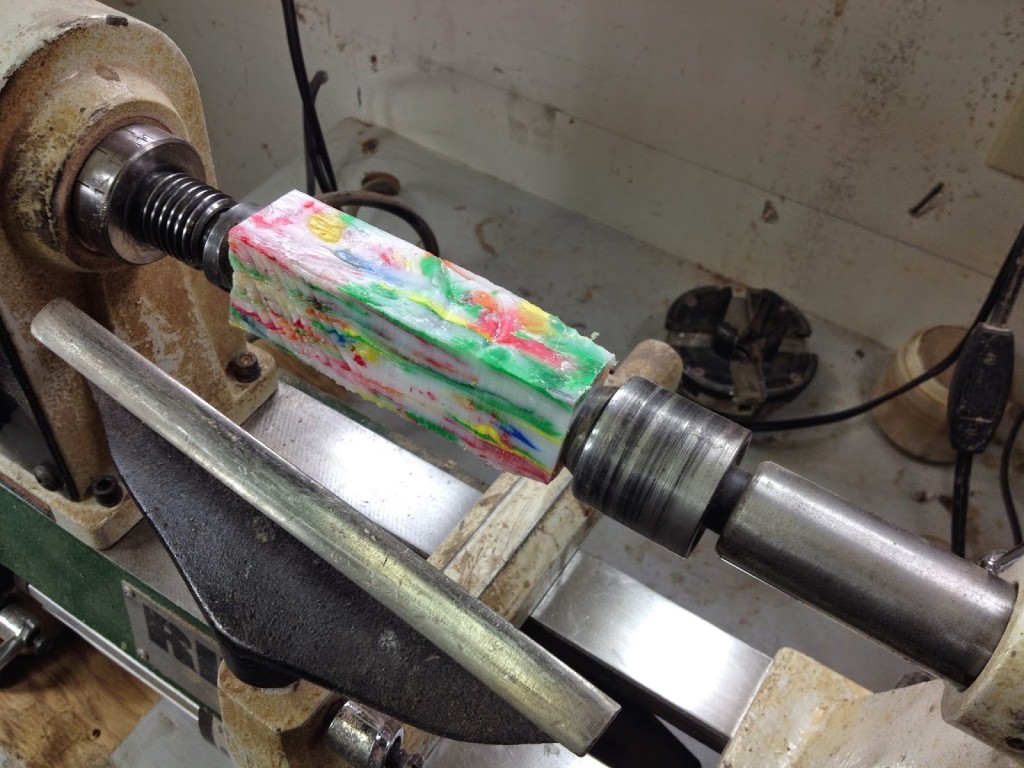 It turned very nicely and was a pleasure to work with! 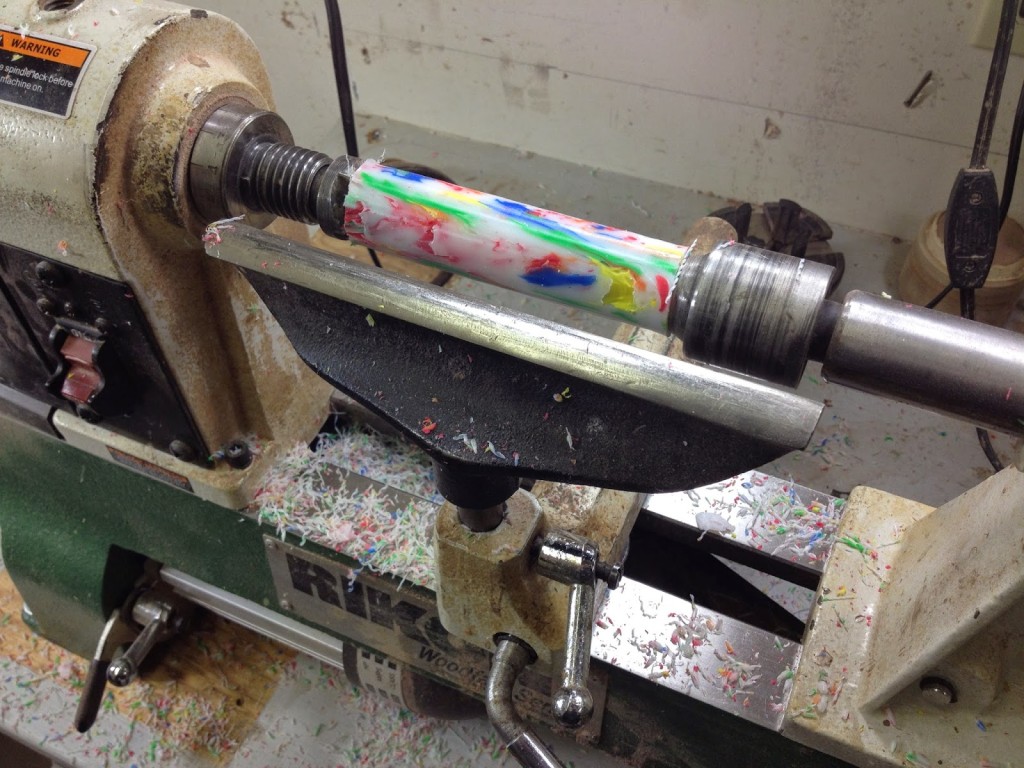 I then snuck up on 1″ so that it would fit correctly in the wall clock! 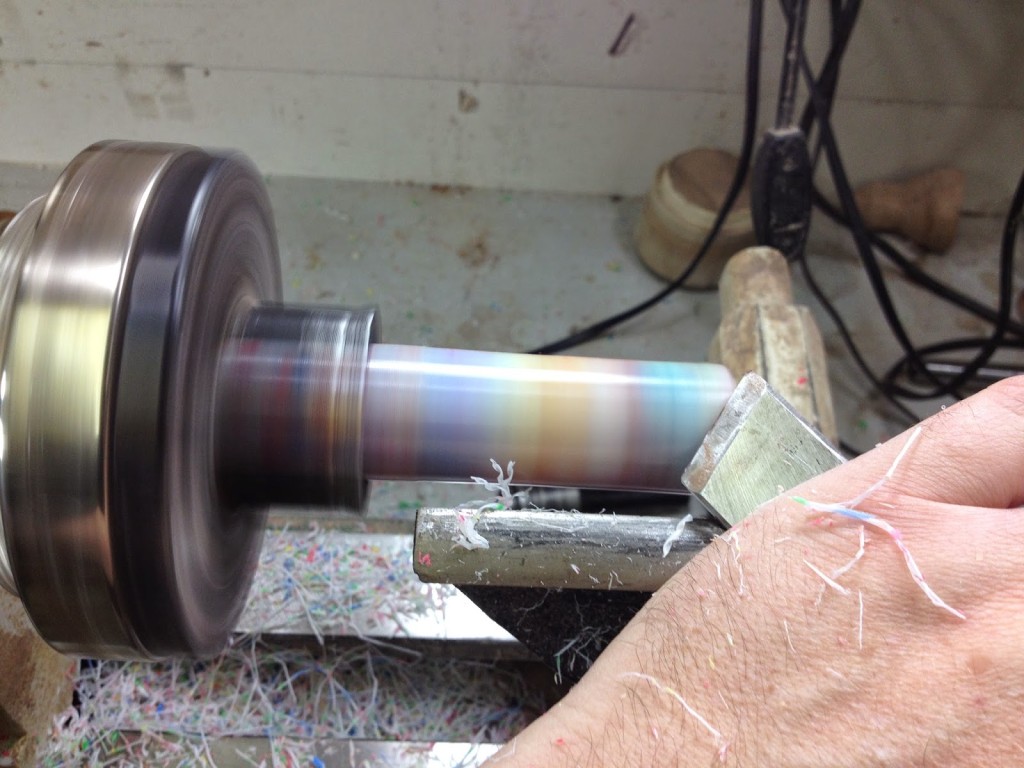 Next was the tricky bit! Since you cannot glue HDPE to wood (the glue will not adhere) you need to attach it with metal fasteners. which I did.

I then melted a thin slice on top of that to hide the screw from view.

This is were things got complicated. The wood was burning during the melting process.

But when sanding out the burns I was sanding the HDPE enough to show the screw. More melting, then more sanding, then more melting…. it was a vicious circle and I was getting frustrated! 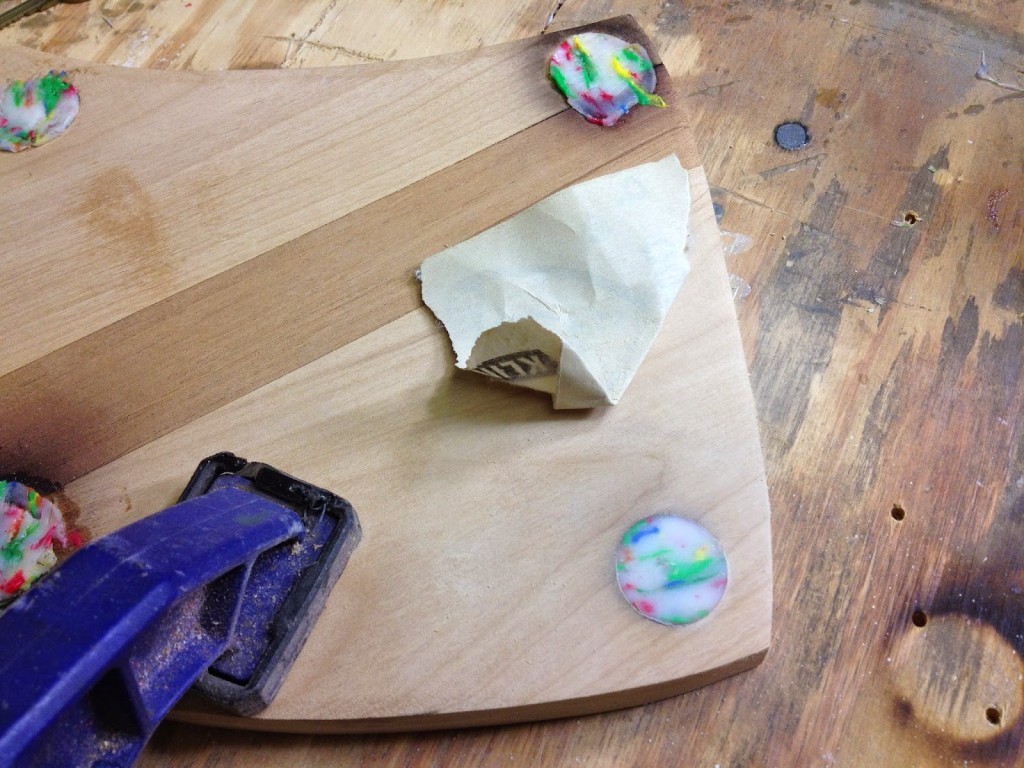 So I did as best I could and moved on… I drilled then chiseed an opening for the clock movement, added a poly finish and called it done. 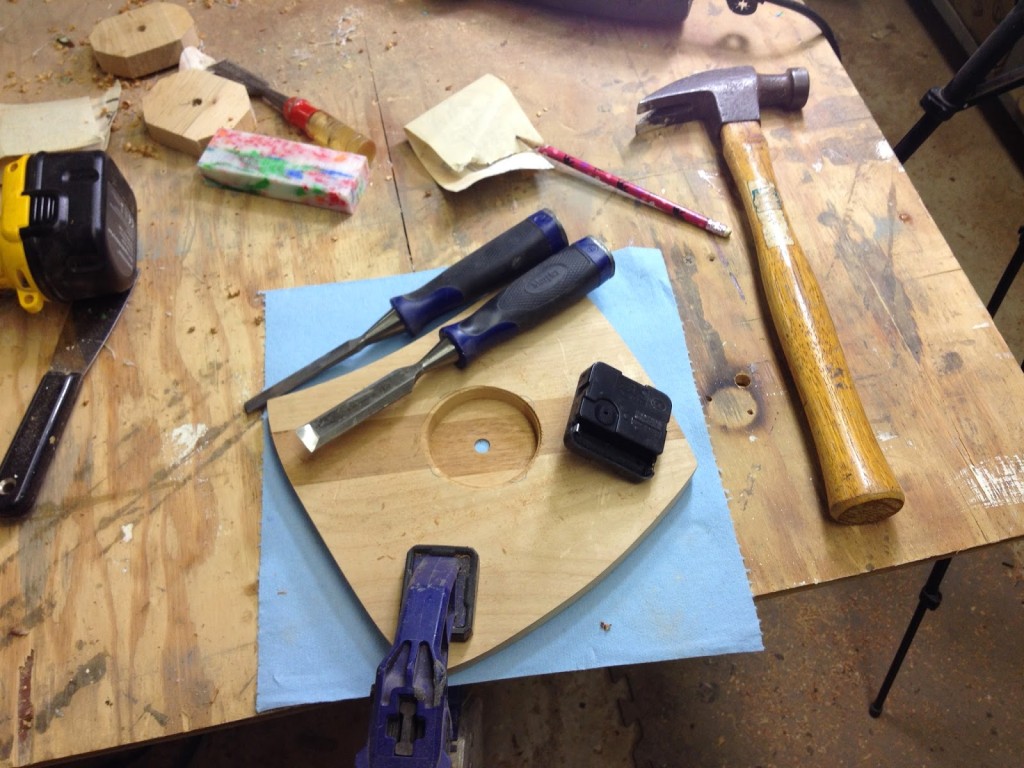 It is not what I had in my head, but still not a horrible project. Next time? I’d just screw in the HDPE from the back and plug those hole with a dowel, instead of trying to be all clever…. 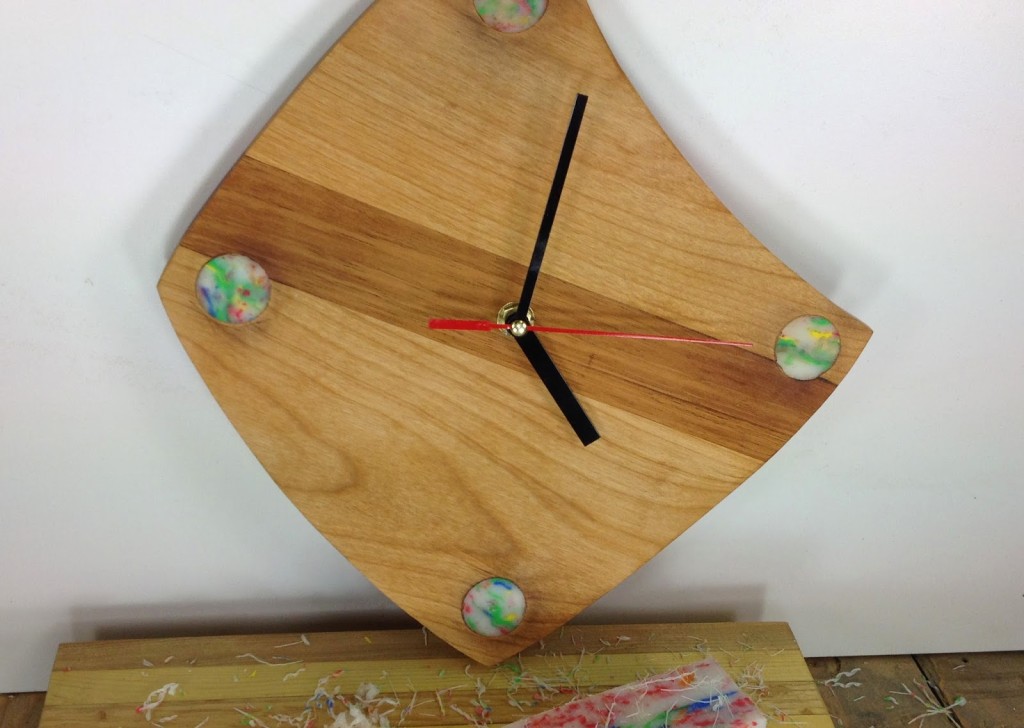 This rainbow crayon vase has endured 5 hot Californian summers in my garage. It’s not melted or damaged in the least. I did add some resin to the bottom shortly after making the video on some viewers suggesting it.
I forget that people like seeing things I made years earlier. 🙂

We had a causality! My resin wand jumped off a shelf.
Luckily I know a fella with some glue.

My close friend Chris from @onedoorworkshop came out for a visit all the way from Michigan. We played with resin and played in the lathe!!