These wires are from a 25 pair telephone cable that was discarded at the office. It just didn’t seem right to toss them in the garbage, so I decided to try and make something from them.

I made a quick mold that was 4″ square and  2  1/2″ deep. I lined it with wax paper, thinking that might make for an effective mold release agent. 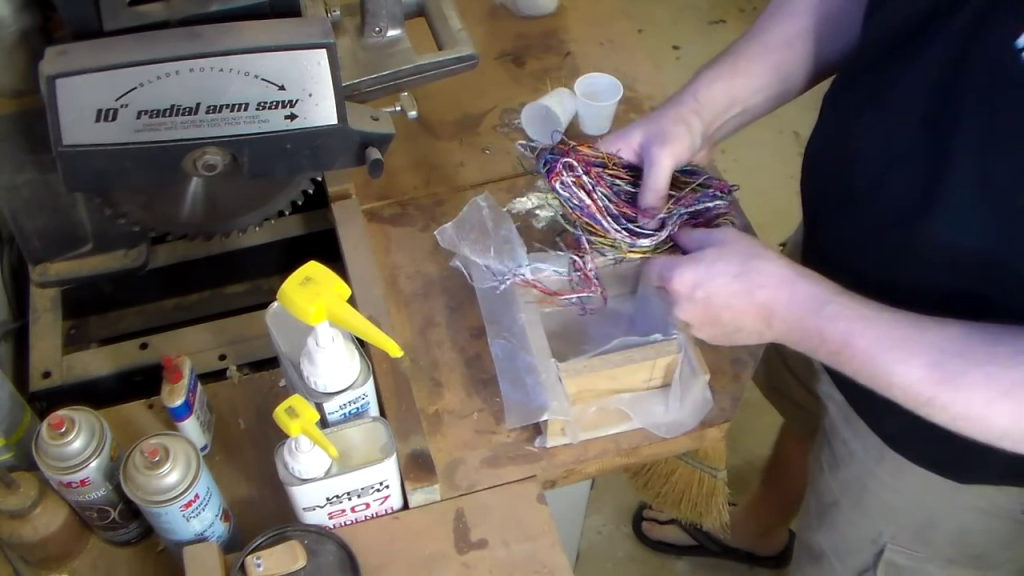 I then added the wires and started mixing up the resin. Here I was using West System epoxy, but recently I have been favoring the Easy Cast resin for casting. 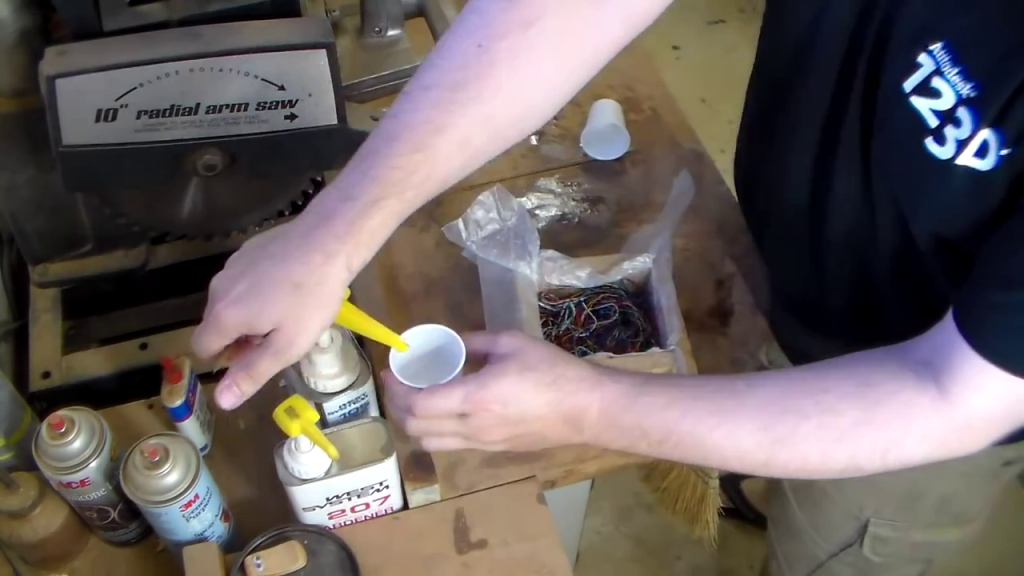 It took 15oz of resin to cover the wires and most of the day to harden. 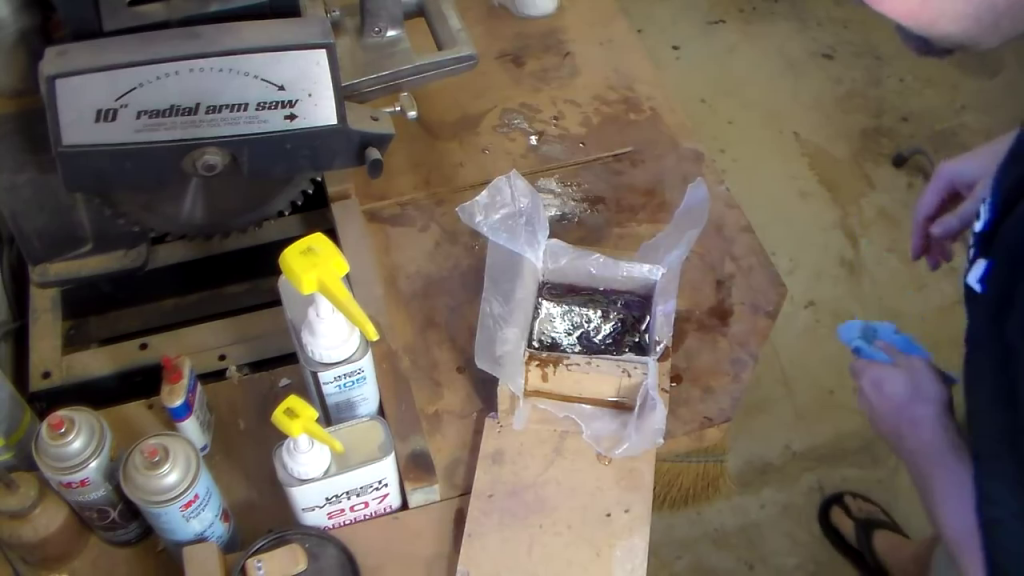 A good rule of thumb is to wait at least 24 hours for your casting to harden. 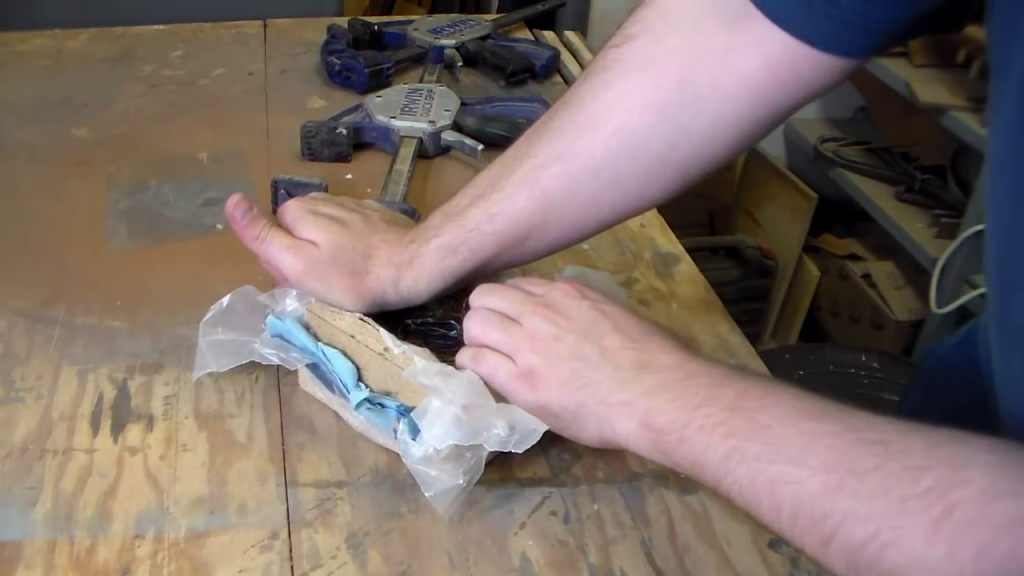 After waiting  I attempted to remove the casting from the mold. For the record, wax paper isn’t a good release agent! 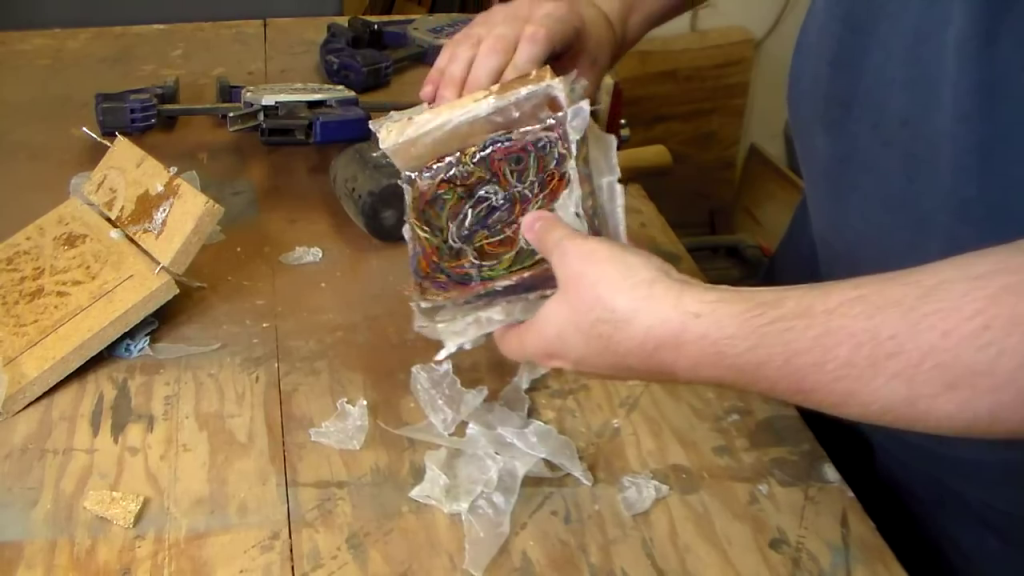 Step 2: Drilling The Inside Diameter

I use a 2 5/8″ forstner bit for making bracelets. That inside diameter works for many women’s wrist, but it no means universal. It took about 5 minutes to drill through the block, so I just took it nice and slow. 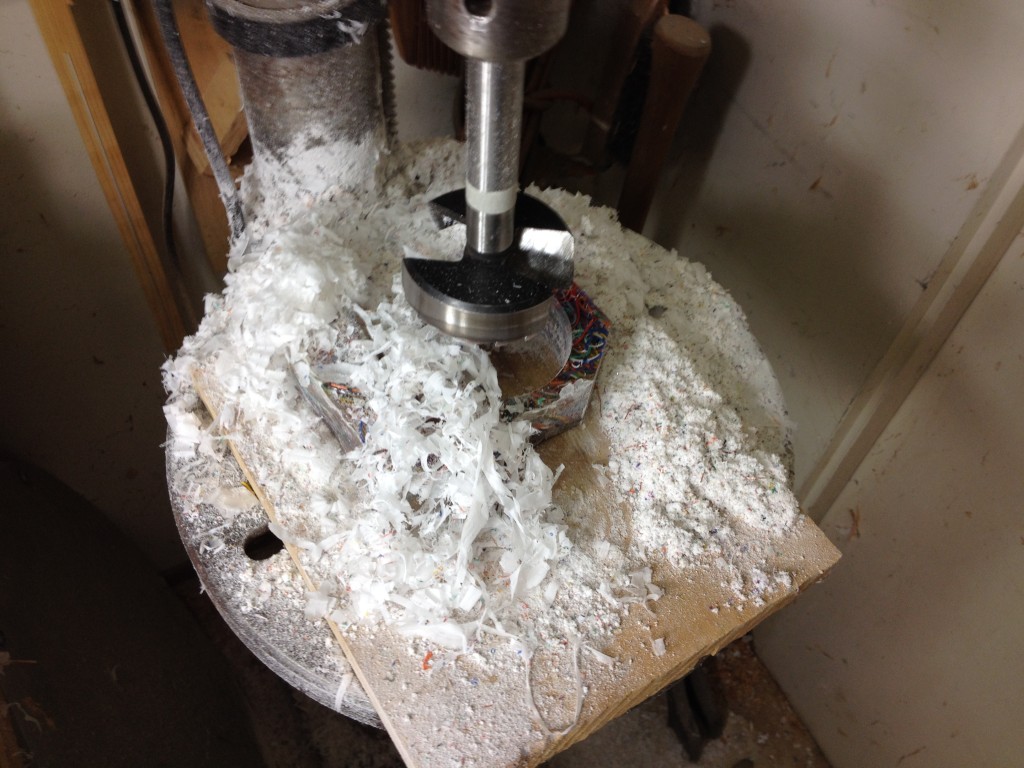 I then simply knocked off the corners on the band saw to make turning it on the lathe go a little faster. 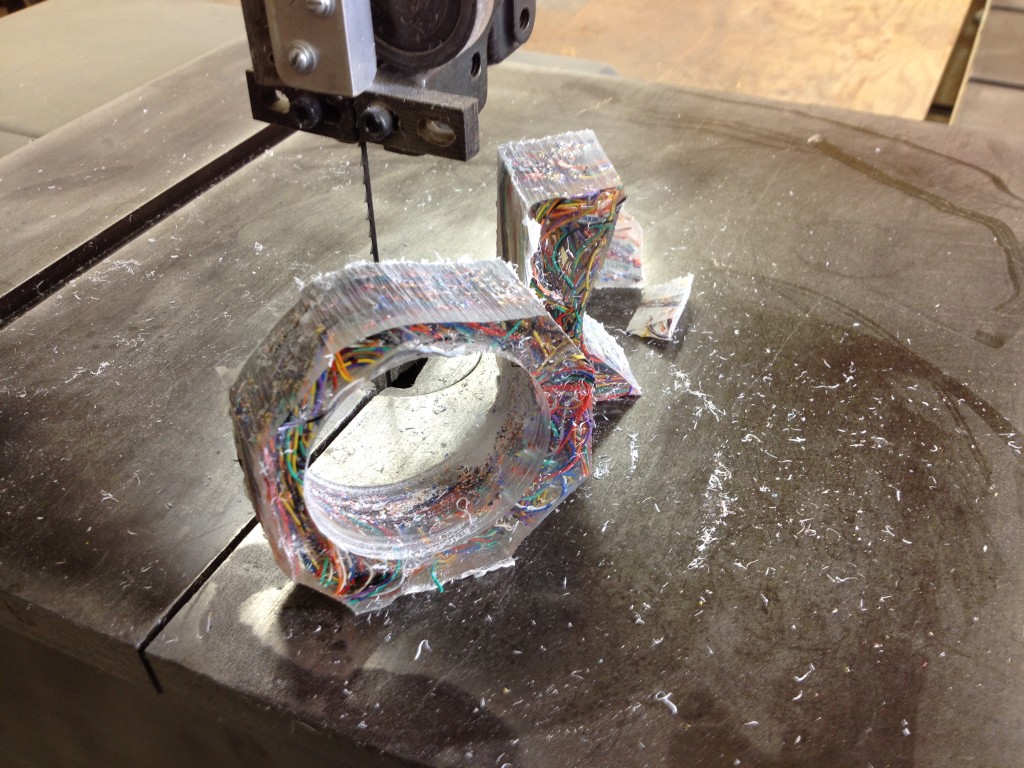 I then mounted it on the lathe. 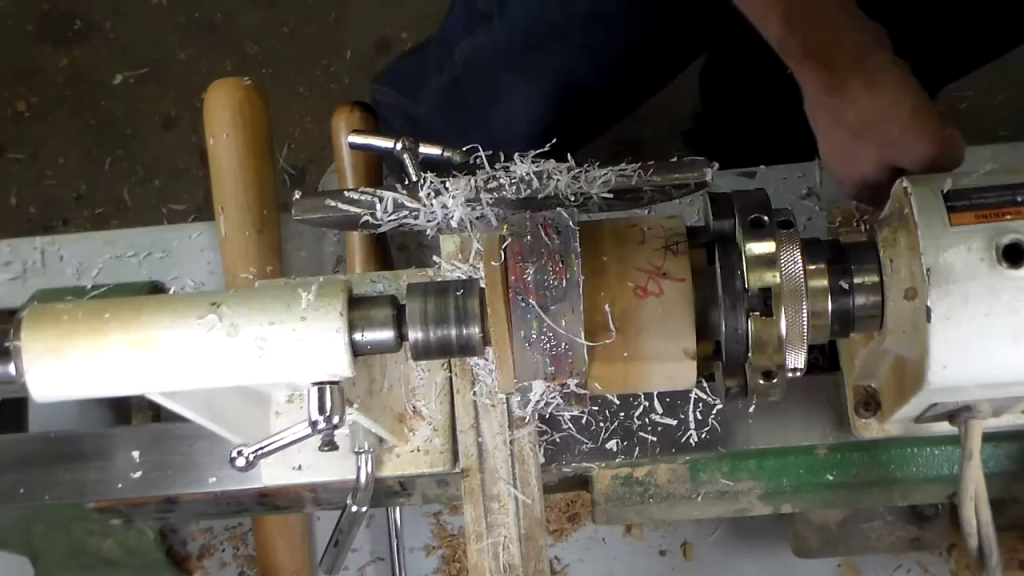 For turning bracelets I use a jamb chuck.  It is simply a piece of wood with a 2 5/8″ tenon to match the inside hole bored at the drill press. Using the jamb chuck is an easy way to hold the work piece for turning. I’ve made dozens of bangles with it, and it simplifies the process greatly. 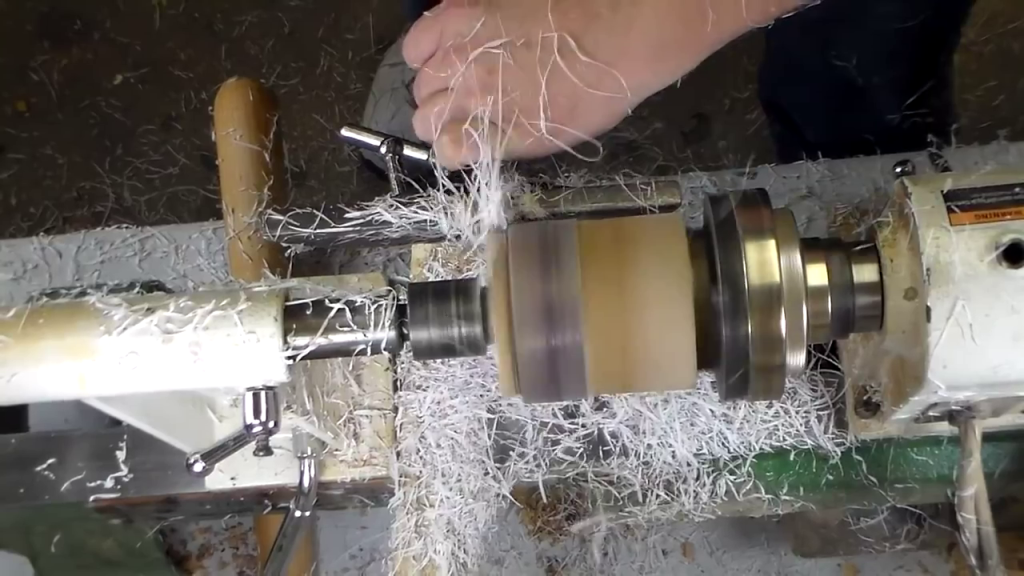 Turning resin on the lathe is fun. You will be showered in ribbons on resin residue. It cleans up pretty easy with a vacuum, but you might have to stop at several point to clean up as you go.

After you get the outside shape you want. It’s basically complete. Now you just need to sand it… and sand it…and sand it! 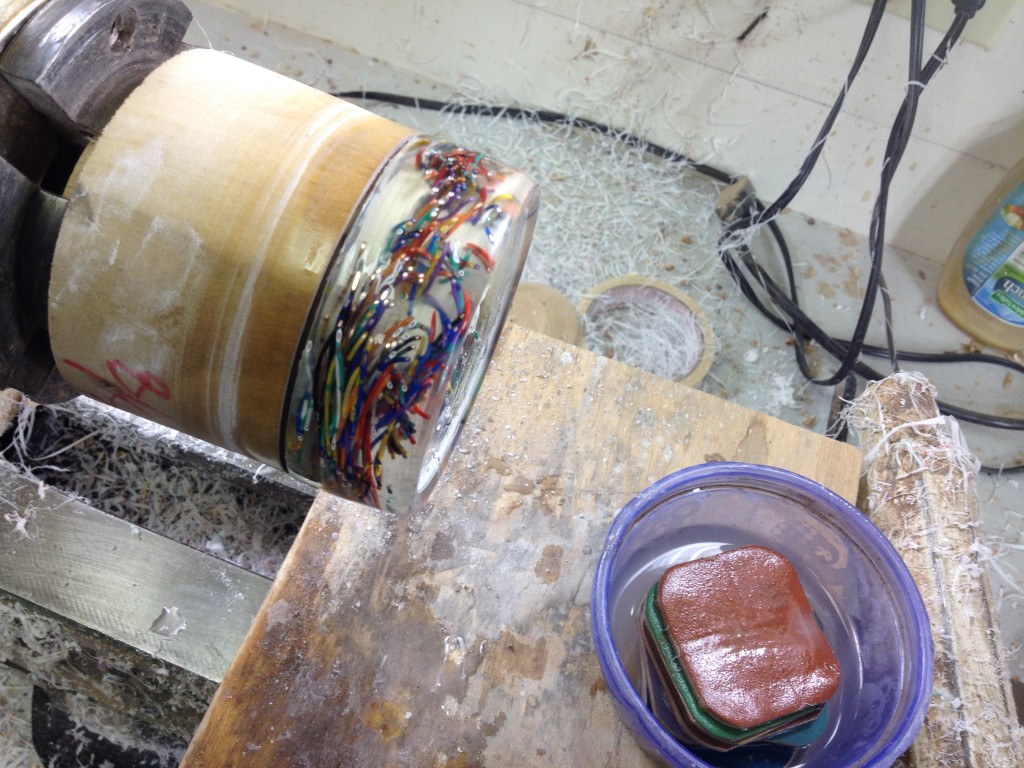 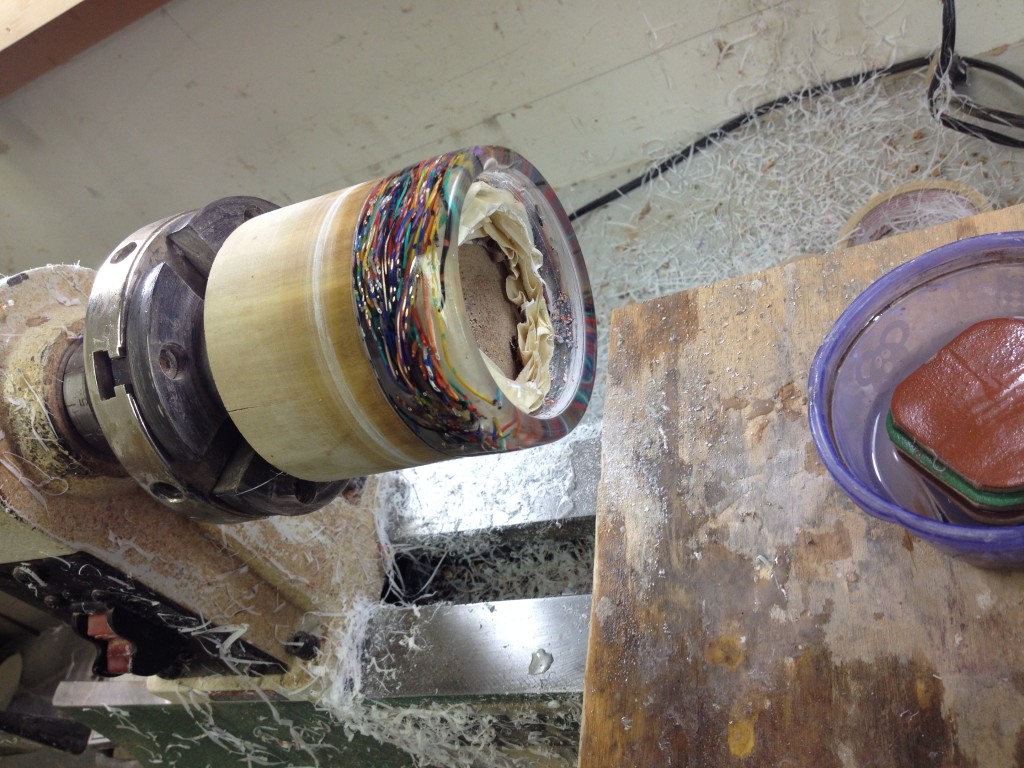 After that I still had to sand the inside… but I did that by hand. It took an hour or so. Yes, they’re Mickey Mouse Slippers… 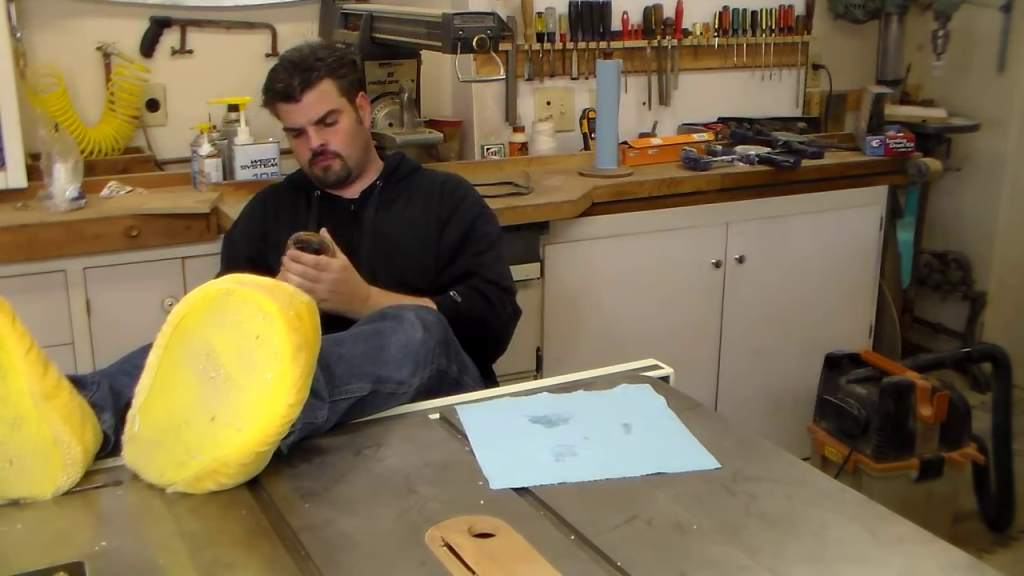 I love the look with the wires and exposed cooper! Thanks for looking! 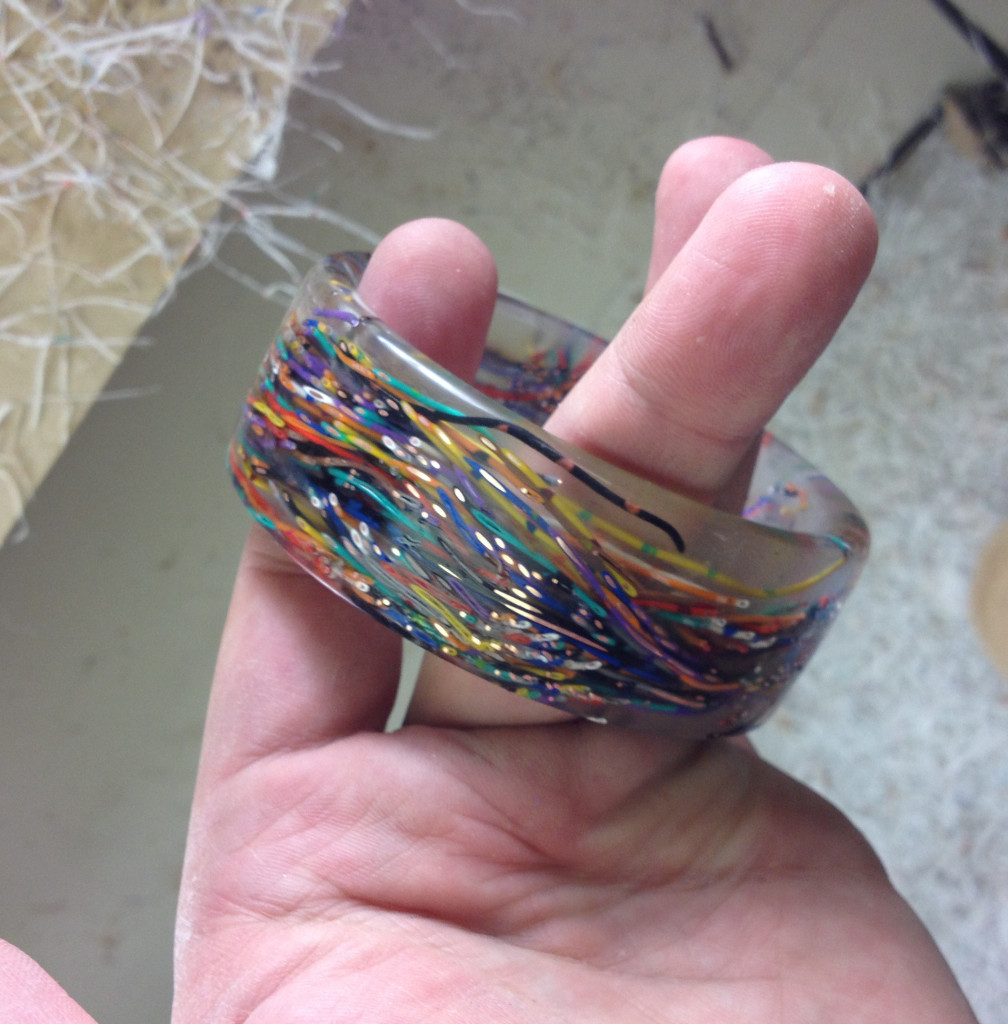