There’s nothing like money to keep your money safe. It’s science or something.

Some kind of dipped dollar has been a frequent request for ages, but it turns out that actually doing it is a bit harder than it looks. Peter initially looked into doing something with shredded money, but he decided that a whole bill would be a lot cooler. 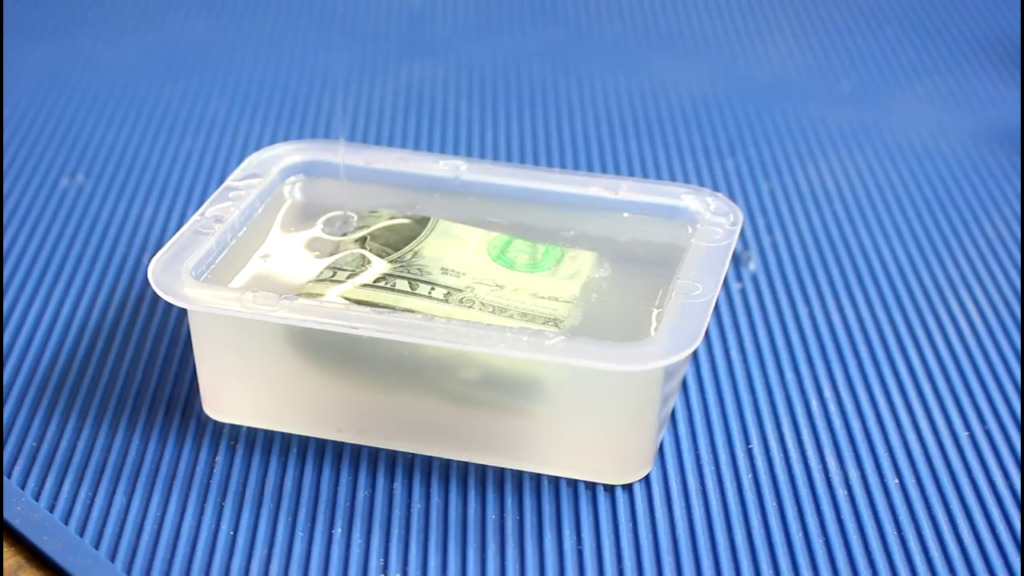 After trying a few different “painting” techniques to coat a dollar in resin and shape it, Peter opts to pour a block of resin in layers and fold the dollar at each stage. As the resin hardens, it holds the dollar in place so he can fold it.  It takes a bit of time (and some coordination), but it works out pretty well!

After the resin sets, it’s over to the bandsaw for some rough cutting and then on to the belt sander for the curves.

Finally, Peter finishes off the clip with micromesh. The polyester resin clears up really well when you put enough patience into it; almost enough to make up for the smell. Polyester stinks!

It took three tries to get it right, but the end result is great. Now all Peter needs to do is make a money wallet to put his money money clip into, so the money he holds his money with will be safe inside an extra layer of money.