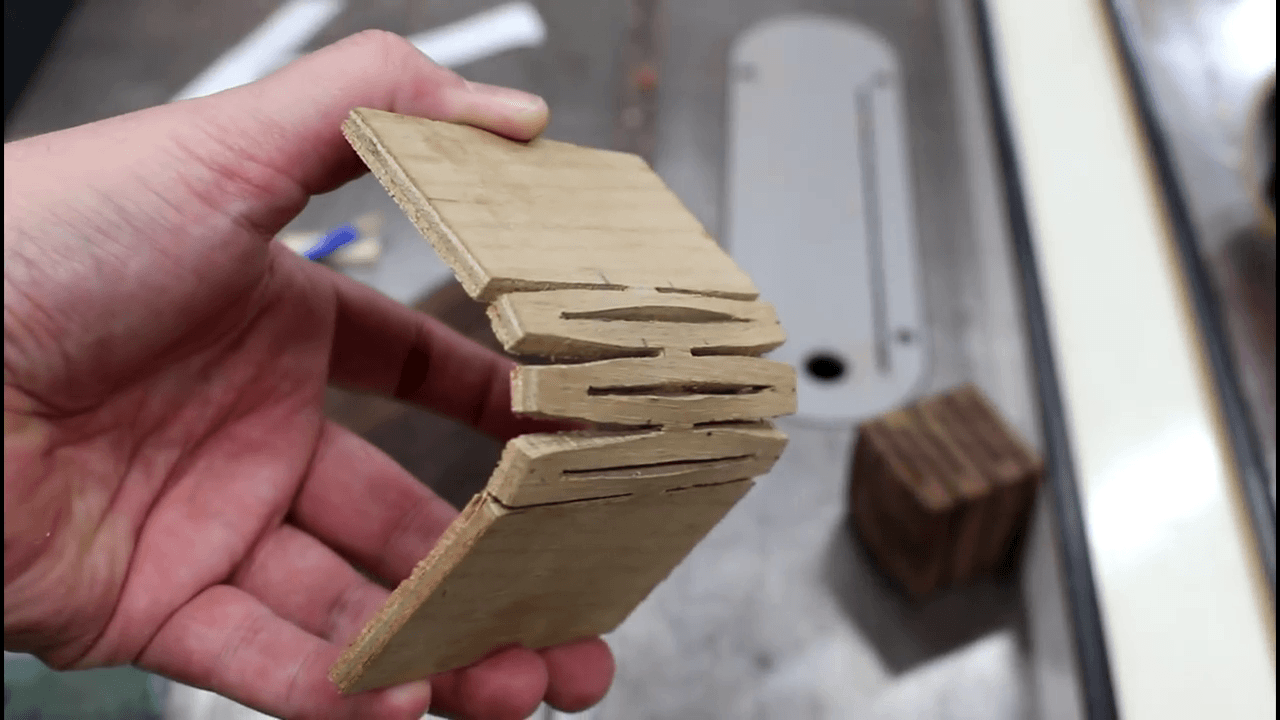 This project totally didn’t start out as procrastination, and Peter definitely didn’t film it just to justify the amount of time he put into it. I promise. Cutting a living hinge on a scroll saw is a totally normal project!

For those who haven’t played around with a living hinge, it’s essentially a series of cuts with very close tolerances that, as a set, allow a single piece of wood to bend like a hinge. Most of the examples you can find online are cut using fancy equipment, and doing it manually takes a really steady hand.

For his first attempt, Peter starts out with some wider margins in order to get a feel for doing it on his scroll saw before tweaking his template and diving in. The saw cuts fast, significantly faster than his CNC. Having to detach, re-attach, and re-tension the blade after every cut gets old pretty fast, though.

And there you have it! A living hinge (also called a lattice hinge) cut on a scrollsaw by a scrollsaw newbie. There are a few tweaks that could be made to this design to make it more flexible, but the concept has been proven: you don’t need fancy tools to make a living hinge. Heck, you could probably do it with hand tools.

And what’s a better way to procrastinate than cutting a living hinge with hand tools at two in the morning?