Prepare yourself for a sugar rush. I’m going to mix glue, cake sprinkles and cherry wood into a bonkers looking cake stand. 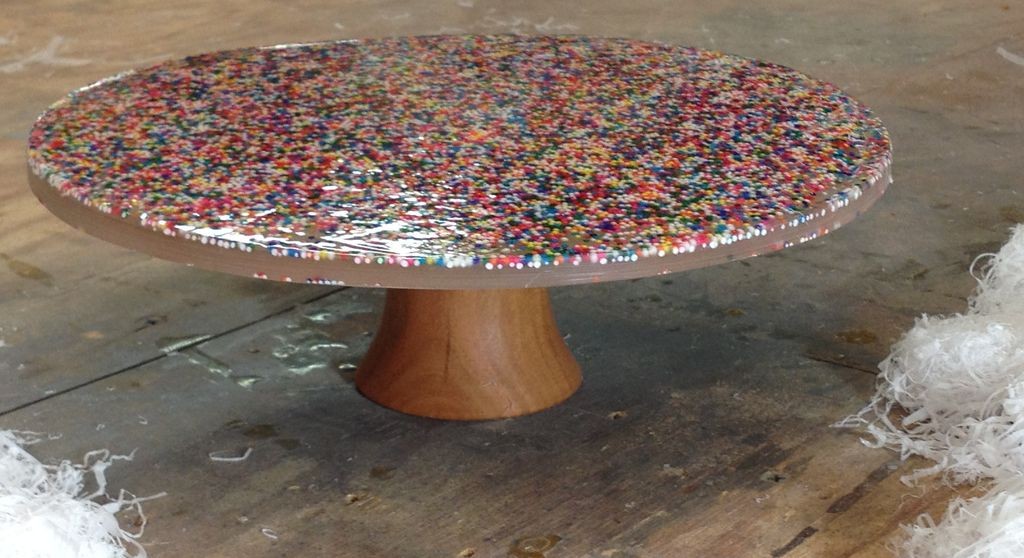 I don’t think I was quite prepared for how colorful this project would end up or how much of a mess it would leave in the shop! Still, I’m quite pleased with it.

My daughter was the only one who protested… “Dad, you used ALL the sprinkles?!”

The mold for this casting was a discarded piece from a previous project. I clamped it to an HDPE cutting board that I first lined with packing tape. 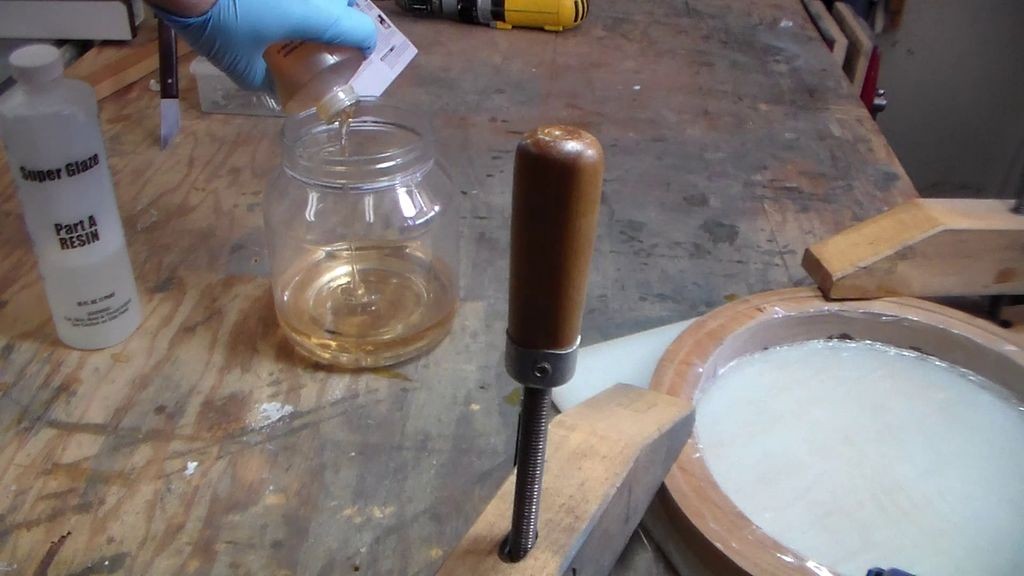 If you don’t have a round mold, and copious amounts of packing tape, you would just cast this in a shallow square pan. The major disadvantage of that is having to mix extra epoxy. Many hobby stores sell inexpensive casting molds and I would recommend them as a good investment.

The epoxy I used was the type sold for bar top counters. It wasn’t really designed for this application, but it appears to have worked. Currently I’m using EasyCast epoxy and have had much more luck with it. Of course, most resin will do the same sort of thing, so don’t worry if you don’t have this exact one. Just make sure the one you’re using is safe. People can get epoxy resin from a number of places, such as Plastic Materials or on online stores. This will be a significant step in the process to make this cake stand look smooth and to make it stay intact for longer.

I then added a full jar of sprinkles, lightly heated the mix with a heat gun ( to draw out the bubbles) and let it sit for 24 hours. 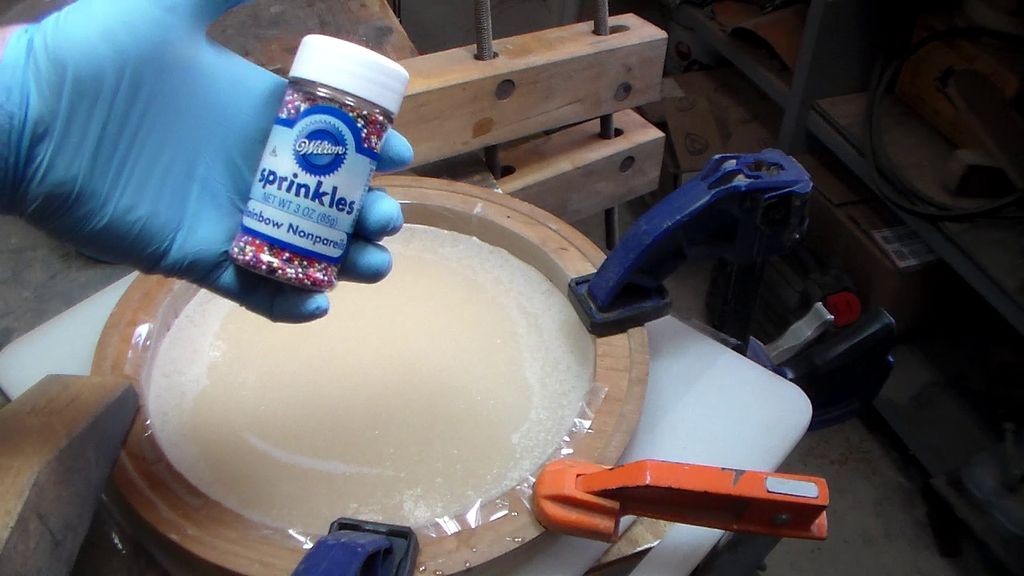 The casting came out great! All the sprinkles settled at the bottom (now the top) and it was super colorful! 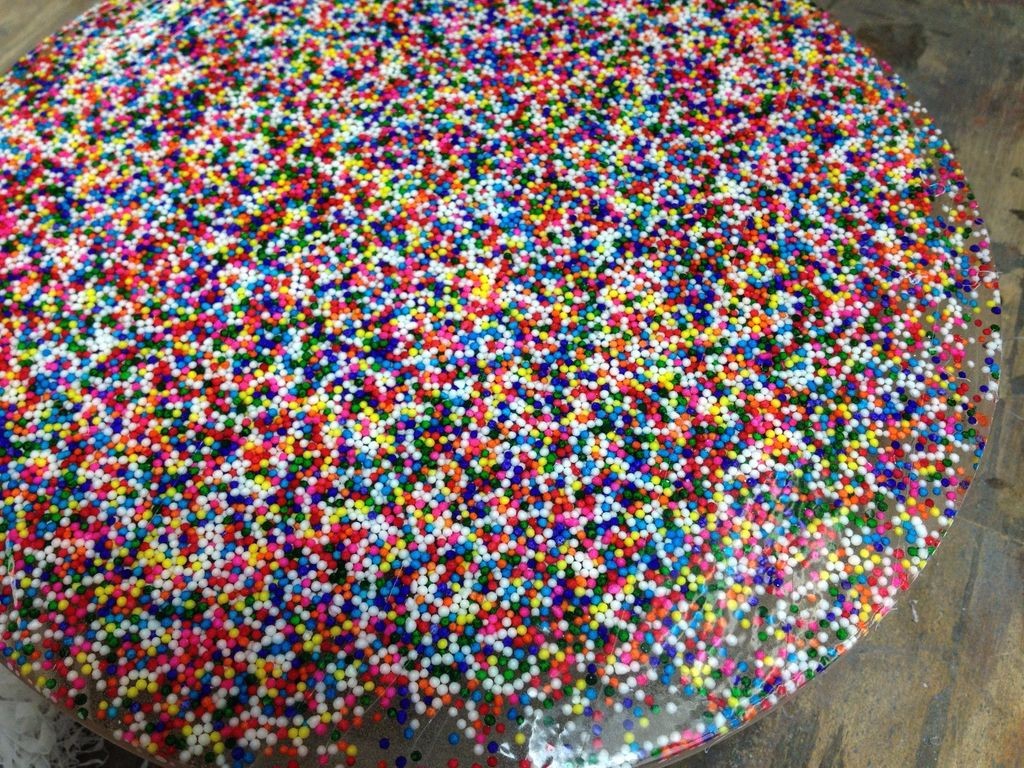 It had a jagged edge that needed cleaning up. I was really worried that the epoxy would be brittle and break off in chunks at the lathe. Not the case. It came off in long wisps and spread all over the shop like epoxy cob-webs. A very cool but messy effect!

Next I turned a small piece of cherry for the base. Nothing fancy, just to raise the plate up a couple inches off the table. When I made it, I thought it had a mid-century modern look to it. Of course in the final project it is barely even visible, so I’m not sure it’s terribly important. The sprinkles steal the show… 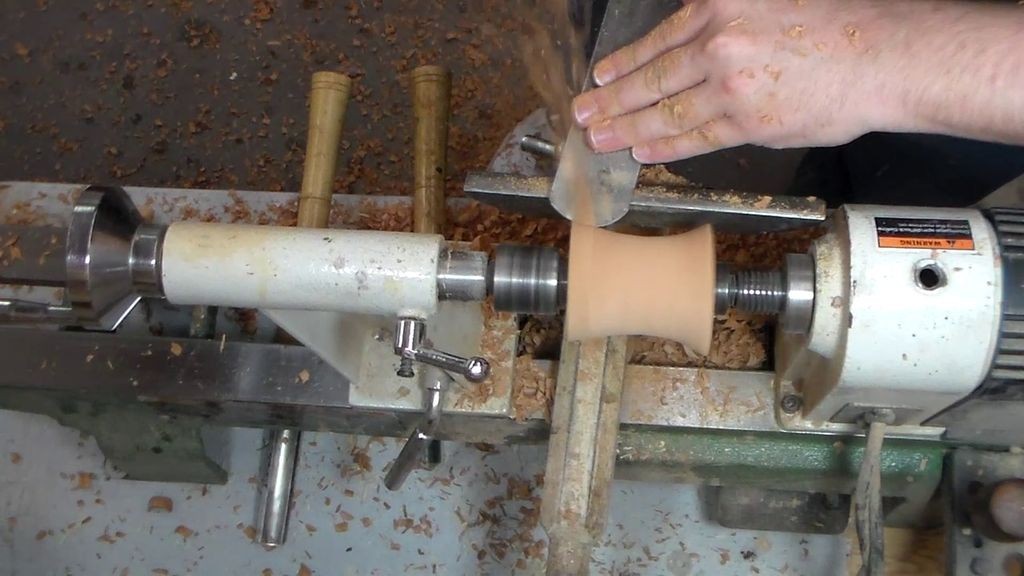 Besides the casting, this is a fairly simple project. Cast the top, turn the base and glue them together. The most harrowing part was turning the edge of the resin. 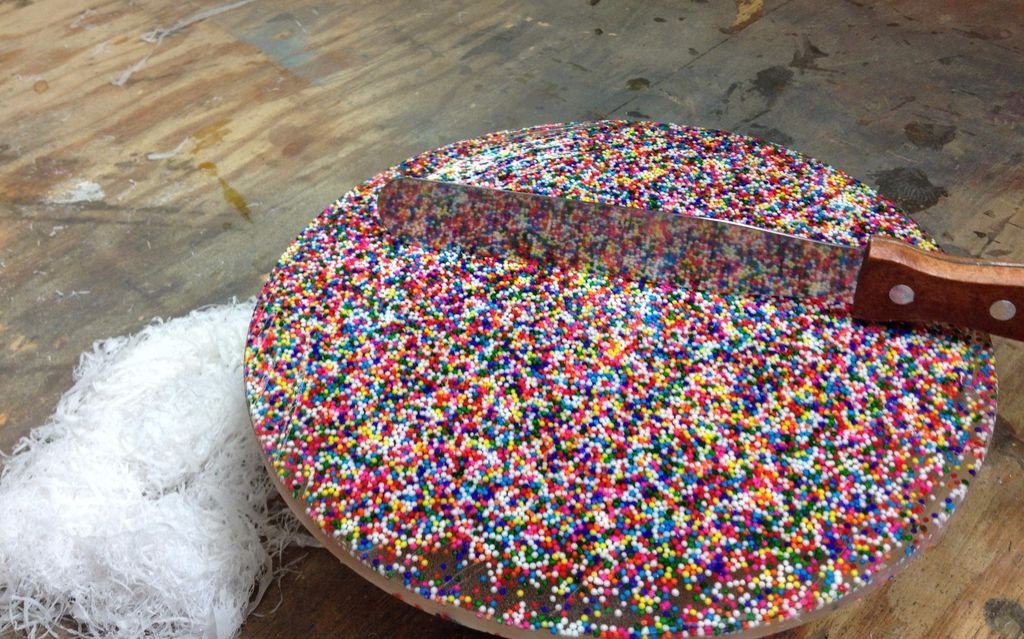 If you didn’t have to wait 24 hours for the glue the totally time invested here is only a couple of hours. And the joy of epoxy is you can cast ANYTHING you want. Glitter, legos, M&Ms…. Go nuts. I know I have!!

We’re messing with Mother Nature this episode. Link in the bio. Live on YouTube!!

Using some @justresinart silicone!! It was a breeze to work with! Fingers crossed for an good mold!

Not going to lie, I just got a @3mabrasives promotion package with the new Xtract system and I’m pretty stocked to try it out. They’re not paying me. I guess someone must have heard me confess on video that I like sanding…

Vin Diesel is guarding his Marshmallow. Check out the new video on YouTube for some context. 🙂 link in bio