The trick to this technique is all about the setup, and once you’ve got that down the possibilities are near endless! I saw a band saw cut vase on a woodworking forum that I frequent, that lead me back to the work of Seth Rolland. I was amazed that I’d never seen any of his work until now.

I stopped short with the projects I had on the bench, and worked out a method that I could use to make these cuts without involving my evil nemesis, math. 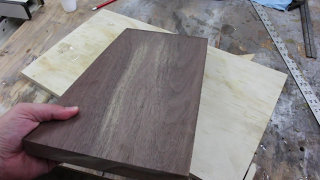 I think the process I worked out, makes sense and should be fairly easy to translate it to larger and more intricate cuts. I would love to see you make of it. You should be able to recreate this technique quite easily when you’re in your workshop shed.
Sizing and layout of the wood 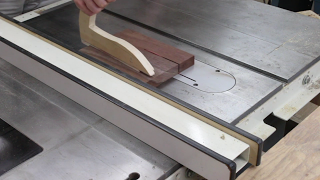 I started by cutting down some 3/4″ walnut I had in the shop. I ended up with a test board measuring 5″ wide and 9″ long. I then marked a 1/2″ margin all the way around the outside. 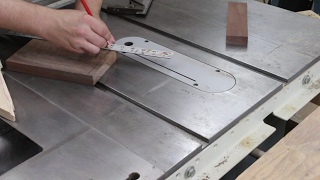 It would be both, a guide for where to stop the band saw cuts, as well as edges for the holding on to while bending.

Making the cutting ‘units’ & The setup of the band saw


My first attempt at the idea was simply to print out a cutting template on a sheet of paper and glue it the board. Making straight cuts on the band saw by hand is something best left to more well trained souls. It was a travesty and I needed a better way.

So I cut out 8 thin strips at the table saw. They were suppose to be 1/8 of an inch but were a bit thicker. This is when everything fell into place in my head. “Who cares what thickness they are, as long as they are all uniform!” Which they were.

Hopefully that all makes sense. 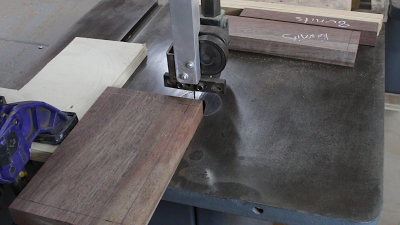 Next I took a board with a known good 90* angle and clamped it to my band saw to make a parallel fence (if your band saw already has a fence you’re a step ahead!)
and lined up the 1/2 margin with the blade. We’re now ready for the first cut. 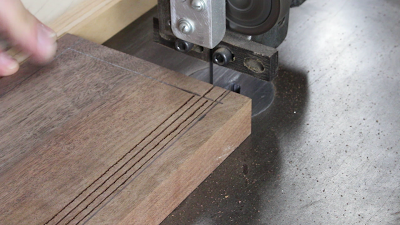 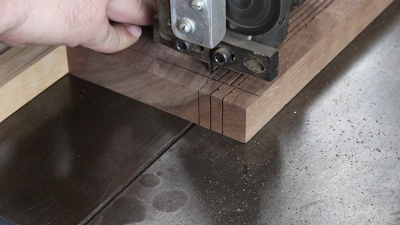 You will begin to see this zig-zag pattern emerge with in a few cuts. It’s just a matter of following the steps. Add a strip, make a stopped cut, flip the board over and begin again. 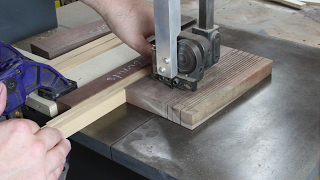 Once you’ve gone 7 strips deep, you can replace those with your “8 unit” board. Then you can begin adding the strips again till you get to 15 and replace both with the “16 unit” board.

For me, the process went pretty smooth, but I did get so wrapped up at one point that I forgot the flip the board. You can see the double cut if you look close. 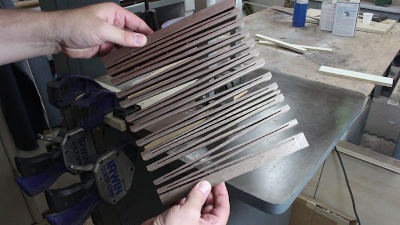 Complete the process till you reach the end of the board.

The end result is a super bendable plank of wood that defies it’s nature. It just feels wrong! 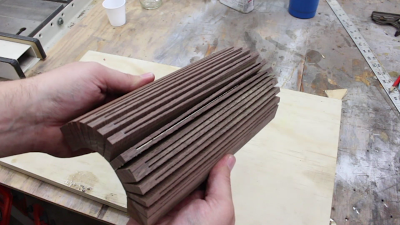 So what are you going to use this for?
Vase? Lamp shade? Letter Holder? Wooden Hinge?

I’ve got some ideas, but I bet you all come up with even more…. If you make this, let me know. I’d love to see it!